The 10 Worst Employee Appreciation Gifts of All Time 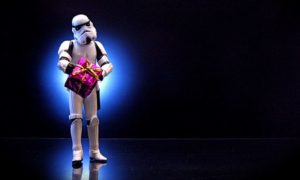 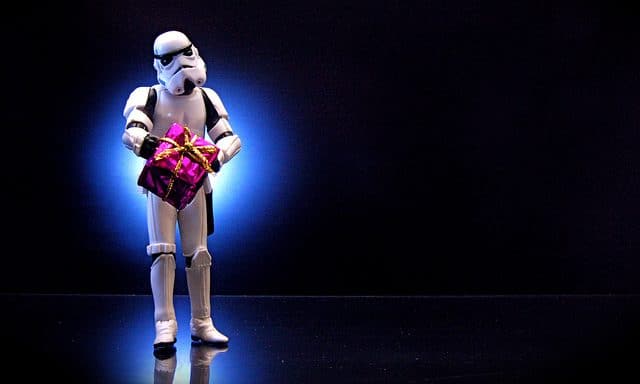 Today is Employee Appreciation Day, and if you didn’t know that, well, chances are your company didn’t get you anything. But before you get mad, consider: sometimes no gift is better than a bad gift. If it’s the thought that counts, what does a gift card you can’t use or re-gifted swag say about your employer’s esteem for you?

If you’re a manager, or anyone with influence over the purchasing of tokens of appreciation, today’s a good day to take notes. If you want to keep your team happy and motivated, do not let the brass get them anything like these terrible employee appreciation gifts. (Stories were contributed anonymously via social media, and kept that way to protect the unappreciated.)

1. The gift that is also a terrible omen.

“After 15 years I got a $50 watch with someone else’s name on the back. Before I got a replacement from HR, the company went into Chapter 11.”

“They gave us all Spotify gift cards none of us could use, because people all over the office share family plans, and the gift cards were only good for new, solo accounts, so everyone ended up regifting them to friends and family members.”

3. The present that says, “You look old and tired.”

“I was working as a contract employee at a major media company and my emotionally distant male boss’s boss gave me a giftset of various anti-aging lotions and potions, which promised to get rid of wrinkles and undereye circles. First things first: I was 22 at the time, so any haggard, old-before-my-time appearance was mainly due to working crazy hours because of poor pay (and, OK, fine, some late-night drink sessions with friends). Also, it was so clearly a re-gift from his wife. I am sure my reaction-face when I opened the box was priceless but what *is* the appropriate expression to have when someone gifts you something that says, ‘You look old. And tired, too.’?”

4. The one that shows that there is such a thing as bad coffee.

“A colleague of mine who had been with an educational institution for 40 years got a gift certificate for student center coffee.”

“A lot of us got a Starbucks gift card with enough on it for one small coffee — and not even a cappuccino.”

5. The token that says, “Not only do we not appreciate you, but we barely remember you.”

“A broken-banded watch. …The best part? I’d already gotten a watch for appreciation… and I wore it all the time… to work.”

“One year a school I worked for hosted a staff appreciation cookout a few weekends following Memorial Day. We were served raw and cold hamburgers and the desserts were stale and patriotically themed — clearly the leftovers from someone else’s Memorial Day bash. We also had to explain to the bartenders that the event was open bar when they tried charging us $5 for domestic light beer.”

7. Also, they were really pushing the Kool-Aid that day…

“I was once given a T-shirt emblazoned with propaganda about how wonderful my employer was. I was invited, along with everyone else, to wear this T-shirt with jeans on Friday instead of the standard business-casual. I decided not to and wore my usual button-down. I showed up and everyone else was sporting the tee/jean uniform. People were openly angry at me for not toeing this optional line. Mid-morning, they gathered out front for a group picture for which I was specifically uninvited because I didn’t wear the shirt. One coworker was so insulted I didn’t wear the shirt that day that she never spoke to me again.”

“Last year for National Nurses Week, my unit had a potluck for nurses. OK, fine, but nurses barely have time to eat lunch standing up, never mind sit down to a potluck. Also, later that same week, they had a catered banquet for the managers.”

9. “And then we all waited to see if Don and Peggy could save Sterling Cooper.”

“As a token of getting a project done on time — all of the women received a bouquet of flowers (a big one, probably about $50), while the men received a $50 bottle of scotch.”

10. And finally, the undisputed winner:

I worked for a health insurance company in their provider department, meaning I dealt with the doctor’s office and hospitals about their claims, contracts and any questions they had. We kept a call log. I took care of over twice as many calls as my male counterpart (who worked in a different office) and almost twice as many as my female counterpart, who sat next to me.

Then, we went through a software migration. I had way more computer skills than my coworkers (in fact, my job after this one was as a computer / software trainer and technical writer), but my incredibly sexist boss picked the dude as the lead for our department. Then he chose the woman who sat next to me to be a trainer. (Backstory: He didn’t like me because when I was first hired, he had left a floppy disk (yes, I’m old) in his hard drive. When he booted up, it didn’t work and he got that “a:\” message or whatever it was. I told him he had a floppy in there. He said he didn’t. Kept rebooting while I sat there. Finally, he ejected the disk and felt like an ass. Never liked me afterwards, no matter how hard I worked.) Anyhoo, I didn’t get any of the big jobs. However, he asked me to be on call one weekend during the migration in case the contractors needed something from our department. I agreed and kept a pager with me all weekend long. Even went into the office briefly to help them with a database or something.

WEEKS later — maybe months — I noticed a mug sitting on my coworker’s desk that was like “Yay, we migrated!” or something. I said, that’s nice, where did you get that? She said, at that dinner we had to celebrate the migration. I was like, what dinner? The blood drained from her face. She said, at the blah blah blah restaurant (it was one of the nicest restaurants in the city). I though you weren’t there because you couldn’t come. I said, nope. I wasn’t invited.

Next thing I know, she leaves and comes back with our boss. He was like, oh, sorry about not inviting you to the dinner. It was only for people who had something to do with the migration. (Which, first of all, is BS. Nearly the entire company went.) I said, you mean like being on call all weekend, carrying a pager, and even coming into the office to help the vendor with our provider database? He was like, oh yeah, you did that, didn’t you? I was like, yeah. (I left off the “eff you” part.) He leaves and comes back with one of those damn mugs and goes, here, I know it’s not much but… I just took it and sat it on my desk. So, that’s my “appreciation” gift story. I didn’t stay at that company long after that.

OK, your turn: what’s the worst employee appreciation gift you’ve ever received? We want to hear from you! Tell us your story in the comments or join the conversation on Twitter.