3 Celebrities Who Really Made Career Changes 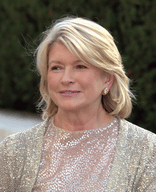 Thinking of changing jobs? If you’re like most people, you’re probably contemplating a switch to something with more available positions, better hours, or higher pay — bonus points if you don’t have to spend a lot of cash on retraining. But whatever you’re planning, it’s probably not as big a change as the ones these famous folks made.

Business News Daily has a great slideshow of eight celebrities who made a major career shift. Some of them, like Kal Penn‘s change from actor to political staffer, we knew about. Others were news to us.