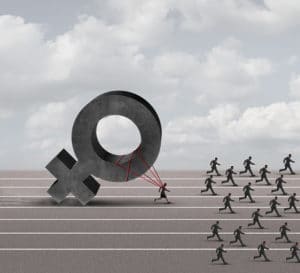 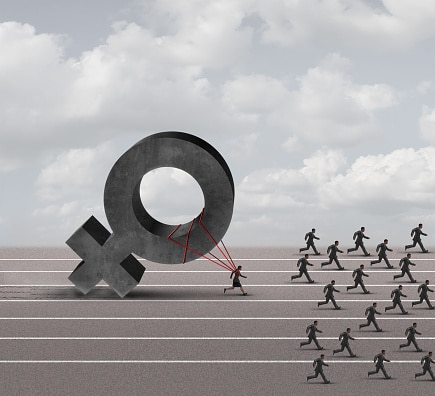 Last week, three former Google employees filed a lawsuit against the company, claiming gender pay discrimination. Kelly Ellis, Holly Pease and Kelli Wisuri say that they quit after being assigned to jobs with lower pay and less room for advancement.

The former employees are seeking class-action status for their suit, which comes on the heels of several stories about alleged pay discrimination at Google. Earlier this year, the Department of Labor sued Google to obtain data about its salaries. A representative for the DOL said at the time that while the investigation was not complete, the department had “received compelling evidence of very significant discrimination against women in the most common positions at Google headquarters.”

More recently, a crowdsourced spreadsheet of employee data made the rounds at various media outlets. The spreadsheet, which contained data from around 1,200 U.S. Google employees, showed major pay disparities in most job levels.

The trio of former employees include a software engineer, a communications specialist and a manager. They allege that Google pays women less than men for the same work, and assigns women to lower-paying jobs with less chance of promotion. For instance, Ellis tells USA Today that she was hired for an entry-level software engineering role on the Google Photos team, despite having four years of experience. She was also denied a promotion, she says, although she received positive performance reviews.

“We’ve been talking about these issues for a long time, and it hasn’t really changed,” says Ellis in an interview with The Guardian. “There’s been a lot of PR and lip service, but … this is going to be one of the only ways to get these companies to change how they hire and compensate women.”

My hopes for the Google suit: to force not only Google, but other companies to change their practices and compensate EVERYONE fairly.

“That’s a strong outpouring of dissatisfaction,” says James Finberg, one of the attorneys representing the former Google employees. “The stories of the women were consistent with what the Labor Department found, that women are paid less in every category.”

PayScale’s report, Inside the Gender Pay Gap, shows that the tech industry as a whole has a relatively small gender pay gap — if we compare only men and women in similar jobs. When we look at all men and all women, the gap widens from a 0.8 percent controlled gap to a 17.7 percent uncontrolled gap. The difference is largely due to women holding lower-paying jobs and men holding more management positions.

The controlled gender pay gap in tech is low: just 0.8%. But that's not the whole story.

Speaking with Gizmodo about the employee pay spreadsheet, Google spokesperson Gina Scigliano said that when “location, tenure, job role, level and performance” are taken into account, “women are paid 99.7% of what men are paid at Google.”

In response to the recent lawsuit, she said:

We work really hard to create a great workplace for everyone, and to give everyone the chance to thrive here. In relation to this particular lawsuit, we’ll review it in detail, but we disagree with the central allegations. Job levels and promotions are determined through rigorous hiring and promotion committees, and must pass multiple levels of review, including checks to make sure there is no gender bias in these decisions. And we have extensive systems in place to ensure that we pay fairly.