It's a tantalizing news hook: In an effort to drive engagement, innovation and retention, tech company 37signals is giving its employees a full month off from work. Programmers can't just flee to Cabo, though; after brainstorming solo or with their colleagues on new projects, ideas and prototypes for a month, they'll have to present their creation on what the company calls Pitchday. Is this move genius or downright insane?

Probably a bit of both. In a post on the company blog, Jason Fried explained the nexus of the June experiment:

Some companies are famous for their 20% time where employees get 1/5th of their time to work on their own projects. In spirit I like this idea, but usually it's executed by carving out a day here or a day there – or every Friday, for example – to work on your own projects.

But all time isn't equal. I'd take 5 days in a row over 5 days spread out over 5 weeks. So our theory is that we'll see better results when people have a long stretch of uninterrupted time. A month includes time to think, not just time to squeeze in some personal work around the edges.

Naturally, 37signals can't just shutter its doors for a month. In the comments section of the aforementioned post, Fried noted that the support team will remain on their regular schedule, although they will most likely be involved with many of the projects.

Fried promises that if the team uncovers any startling revelations, they'll follow up with a blog post. For the sake of conversation, though, let's prognosticate. Do you think self-directed projects will boost 37signals' innovation and overall productivity?

Can You Get a Promotion by Mimicking Your Boss's Body Language?
5 Less-Obvious Reasons 65 Percent of Employees Are Unhappy at Work
Men vs. Women: Which Gender's Offices Harbor More Germs? 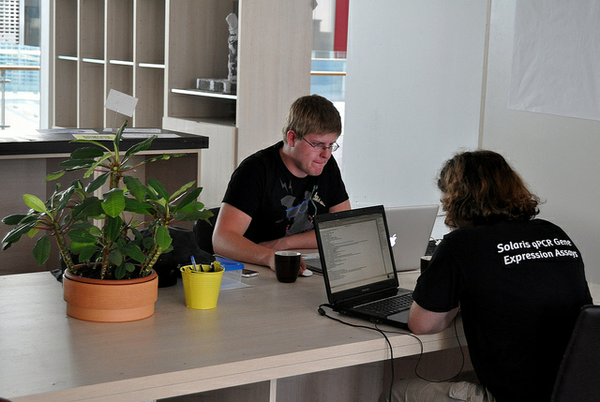