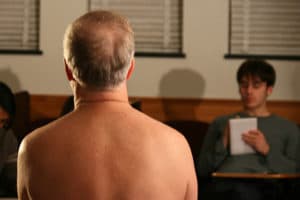 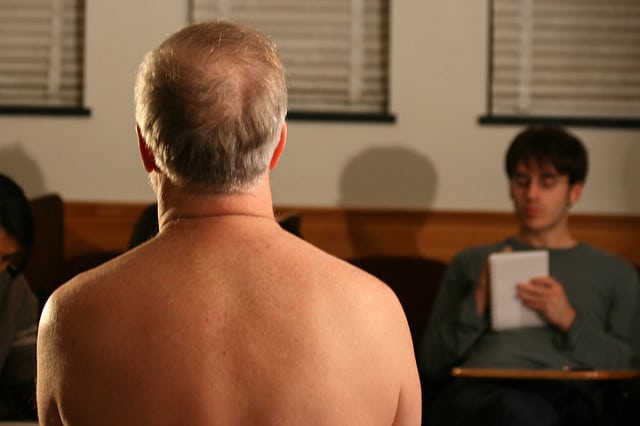 Interviews are hard. They just are. No matter how seasoned a worker you are, it’s easy to get tripped up during the interview process. But even if you feel like you’ve completely and totally bombed a job interview, I can almost guarantee that you’re still faring a lot better than any of these folks. Their interviews were so bad, the hiring manager had to vent about it on Reddit. Here are are some of the most ridiculous job interviews we found, complete with tips on how to avoid these situations yourself.

When you’re interviewing for a job role, it’s best that you don’t completely offend the person interviewing you. It’s also very important that you don’t ask dumb questions. Take a lesson from Redditor russian2121, who explains how a perfectly good interview went downhill quickly.

This guy went through five 30- to 60-minute interviews [for a DevOps role]. I thought he was great and was ready to hire him. Just as a formality, I asked MY boss to interview him. After 15 minutes, she walked out and told us to send him home. This is what he asked her:

“I’m not sexist, but I know a lot of other people think women aren’t great engineers. So my question is… how is it that you go into such a high-level position? Was it luck?”

Religion aside, if you’re going to put someone down as a reference, it should always be a person who can be reached via telephone or email. Take it from Reddit user puzzlinggamer, who shares a story from his boss about a candidate putting Jesus Christ as a reference on a job application.

My old boss told me that one of the applicants put Jesus Christ has a reference. He asked him, “How would we contact your reference?,” since the applicant didn’t put any contact info for Jesus, and my boss was curious as to how he would answer. Apparently the applicant told him, “Like this,” and then he started praying. I forgot to ask him if he got the job or not since I couldn’t stop laughing.

If you’re embarking on a string of interviews, you can’t expect that the company you’re interviewing with will compensate you for your time and energy getting to the interview. You certainly shouldn’t invoice them. Reddit user rulerofgummybears shares their firsthand experience.

[I] had a guy who interviewed for a position. Seemed to do OK in the actual interview, but when he was not selected for the position, he sent us an invoice of a few thousand dollars. He charged us his “normal hourly rate” for his time and billed us for 50 hours. The interview was 30 minutes over the phone with a recruiter, and one hour-long onsite interview. He drove to the office which only took him about 30 minutes to drive. He did itemize the bill for us, and the bulk of those hours were for “preparation.” We did not pay him. He tried to insist we pay him. We showed our lawyers, who just laughed, so we still did not pay him. The best part was he was interviewing for an HR position.

There are a total of zero scenarios where bringing a parent to a job interview will work in your favor.

If you don’t believe me, Reddit user coffeebeards might be able to convince you otherwise with a tale of his most awkward interview … an interview with a 19-year-old and his mother.

This 19-year-old who apparently had previous work experience in customer service brought his mother into the interview with him. I politely questioned his mother as to the reasoning of her joining in on the interview and I was told, “I’m just making sure this is the right company for him and making sure you’re asking fair questions.”

I decided to roll with it — why not, this was the most interesting thing I’d seen all week — so I asked my first question. She answered for him.

I politely explained that the interviews I conduct are with the candidate only, unless special accommodations are required. I was told, “I’m not going anywhere.” I thanked them both for coming out and explained that the position requires problem solving and critical thinking on an individual level. Unless I am hiring the both of them under one salary working together as a “full-time equivalent,” this wouldn’t work. I was then told I would be sued and to f*** myself.

Stories have been lightly edited for clarity.

Have you experienced a really bad job interview before? We want to hear from you! Comment below or join the discussion on Twitter!