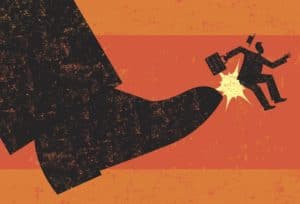 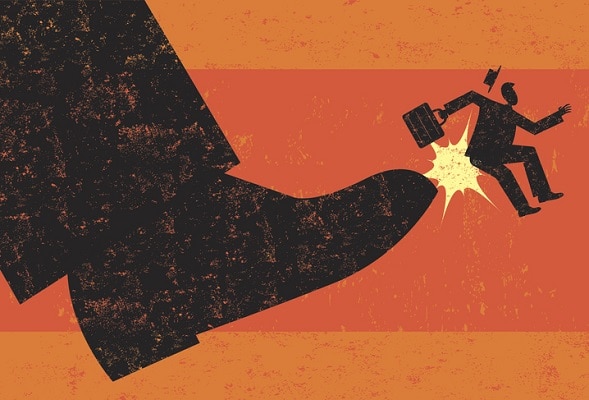 One-fifth of American workers were laid off in the five years immediately following the Great Recession, according to a survey from Rutgers University. If you weren’t one of them, chances are you know someone who was — a family member, a friend, or a colleague. Combine that with the news of mass layoffs in the retail industry and fears about robots stealing humans’ jobs, and it’s understandable if some workers are watchful for signs of layoffs at their employer.

Should you be concerned? As always, it depends. The economy continues to add jobs, but that doesn’t mean that your employer is safe.

Watch out for these signs:

You used to get free pizza on the first Friday of the month, but now that party has disappeared from the schedule. Traveling for work now means flying coach, where once it was business class all the way. You ask to upgrade your ancient laptop; request denied. The company announces a move to cheaper office space, or downsizes the space it’s already in. Merit increases, bonuses, or 401(k) matches are cancelled or delayed.

Not every suddenly frugal company is contemplating a reduction in force, but it’s still a good idea to start updating your resume.

2. You Have a Lot of Time on Your Hands

All of a sudden, your schedule is open where once it was jam-packed. You find yourself in fewer meetings. Projects wrap up, and no new ones loom on the horizon.

If your employer is a publicly traded company, you don’t need to rely on gossip or news to find out how they’re doing financially. You can find out from the organization’s quarterly and annual reports.

Quarterly financial reports (“10-Q reports” in SEC-speak) and an annual report (“10-K reports”) are published on a regular schedule. Get access at your public library, the SEC Website (via EDGAR), or commercial Websites like AnnualReports.com.

A company’s annual report is audited by an outside accounting firm, which should make them trustworthy, but quarterly reports are not usually audited by outsiders so they are viewed as less reliable.

Look at the profits and read the footnotes. See what the executives are being paid, and how much of the company’s stock that they hold are they selling. Low profits, and the executives (more than 1 or 2!) dumping all or most of their stock are bad signs.

Pay attention to the dates covered by the reports you are reviewing! These reports document past performance which may, or may NOT, be a good indicator of the future.

4. It’s Harder to Talk to Your Manager

Your boss is always in a meeting, often talking to people you don’t know, or else he’s around, but just won’t look you in the eye or give straight answers to your work-related questions.

“Bosses are particularly conflict-averse,” Judith Glaser, CEO of Benchmark Communications Inc., told The Wall Street Journal. If your manager knows that you’re on the layoff list, he might avoid conversation to spare himself the discomfort.

One-fifth of American workers were laid off in the five years following the Great Recession.

5. The Company Has Filed a WARN Notice

“If more than 250 full-time employees are being laid off, or if 25 or more full-time employees are being laid off and this constitutes 33% of all workers at the site, a company must file a Worker Adjustment and Retraining Notification (WARN) with the state’s Department of Labor 90 days prior to the layoffs,” wrote Rachel Gillett at Business Insider.

You may be able to find out if your employer is planning a mass layoff by consulting your state DOL’s website.

What would you add to this list? We want to hear from you. Tell us your story in the comments or join the conversation on Twitter.