5 Majors That Pay the Least: A Fairy Tale

Once upon a time, there was a girl named Cinderella who skipped the ball to go to college. She dreamed of earning a fat salary to finally buy some nicer clothes. She just didn't know what major to choose. With no fairy godmother to guide her, Cinderella majored in child and family studies, believing making a difference in the lives of struggling families would surely garnish a nice paycheck. She was shocked to discover her mid-career earnings would average less than $38,000 per year. Poor Cinderella. She should have gone into engineering.

Cinderella’s story is depressing but not uncommon. The jobs that help people and make the world a better place don’t always seem to come with the heftiest paychecks. Not to pick on athletes, but it would take 35 elementary school teachers one year to earn the salary of a Dallas Cowboy football player*. And even if you aren’t gifted with a tight end, there are still high paychecks to be made. A petroleum engineering major can look forward to mid-career earnings of $163,000, typically. So why do people choose majors that pay so little?

In our 2012-2013 College Salary Report, PayScale examined 130 of the most common majors, according to job meaning and salary potential. We’ll start by looking at the five majors that pay the least:

As you can see, these majors are unlikely to earn enough to buy that fancy castle in the sky. So what’s the appeal? Each major on this list focuses mainly on helping people, advocating for those who cannot stand up for themselves, which can be spiritually, if not monetarily, rewarding. In fact, when asked if their jobs make the world a better place, most people in these majors say yes. Special education majors overwhelmingly believe their jobs change the world for the better, with 83 percent reporting a high level of job meaning. The average for most jobs was 56 percent.

The Rest of Cinderella’s Story

Though she never found a fairy godmother to give her glass slippers and the keys to a shiny new pumpkin, Cinderella spent her days helping the people around her. Her education allowed her to start a dialogue with her stepmother about their dysfunctional relationship, which they were able to repair. And even though she still had some soot on her dress, Cinderella would come home feeling satisfied after a home visit to a shoe where she helped a nice old woman find resources to send all of her children to college.

Is your major on our list? Do you feel satisfied with the work you are doing? Join in the discussion on Twitter using the hashtag #valueofedu.

Where the Big Bucks Are: 6 Top Colleges by Region 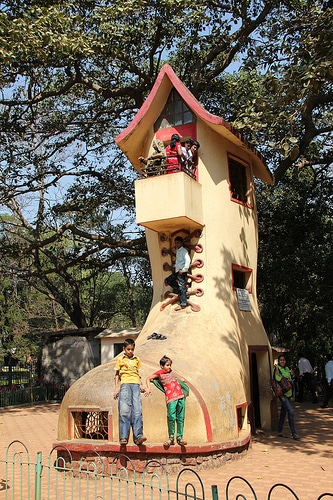