5 Things You Don’t Know About Nurses 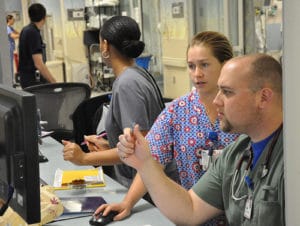 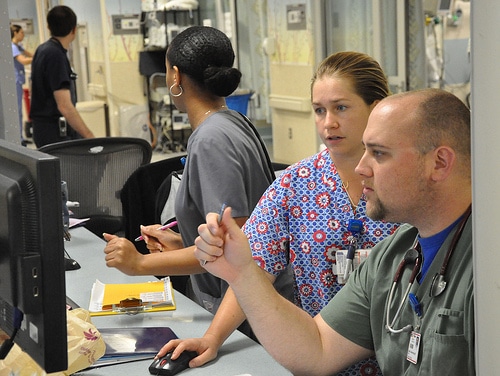 If your picture of nursing and nurses was formed by watching medical dramas on TV, you probably wouldn’t recognize a real Registered Nurse. Actual nurses do not flirt with doctors, wear World War II-era nursing caps, or spend the bulk of their day fluffing pillows and providing refreshments. They’re highly skilled and rigorously educated professionals, and if you’re ever in the hospital, they’re the part of the medical team that will be most involved, on a daily basis, in getting you on the road to recovery.

In honor of National Nurses’ Week, let’s debunk a few myths about the profession and the people in it.

The median annual salary for a Registered Nurse in the U.S. is $60,616. Nurses in cities with a high cost of living and more job opportunities can earn more; the median salary for a nurse in New York, for example, is $72,658, and experienced nurses who work at major medical centers can earn $90,000-plus.

2. It’s a good idea to invest in the four-year degree.

You can become a Registered Nurse with an associate degree, but for many new nurses, spending two more years in school pays off both in terms of salary and job opportunity.

“Surveys show that most hospitals prefer to hire nurses with bachelor’s degrees, though they often cannot find enough,” writes Richard Pérez-Pena at The New York Times. “Lawmakers in several states, including New York, have introduced bills that would require at least some hospital staff nurses to have bachelor’s degrees within 10 years, though none have become law.”

Nurses who start off with an associate degree can boost their career by enrolling in an “RN to BSN” program; there were 600 schools offering these programs as of 2012, according to The Times. But if you’re considering a nursing degree, it might be worth your while to go for the bachelor’s.

3. There’s a nursing shortage … but not for new nurses.

The Bureau of Labor Statistics estimates that the country will need 439,300 additional Registered Nurses by 2024, and research predicts that the resulting nursing shortage will be “more than twice as large as any nurse shortage experienced since the introduction of Medicare and Medicaid in the mid-1960s.” (H/t: The Atlantic.)

Good news for experienced nurses, but not necessarily those who’ve just earned their licenses. The dean of one nursing college told Comstock’s that it wasn’t uncommon for recent grads to go six months without getting a job, or to have to leave the area to find work.

What does that mean for prospective grads? Changing expectations, and preparing to compete. Internships can be particularly useful, providing students with experience while also building their professional network.

4. Nursing might be the ultimate proof of the existence of the gender pay gap.

Eighty-two percent of Registered Nurses are female, according to PayScale’s data, but that doesn’t mean they dominate the profession in pay. Research has shown that male nurses make $5,100 more per year than their female counterparts in similar jobs.

Experts consulted by The New York Times posited several reasons for the gap, including women taking time out to raise kids and the fact that men might be more aggressive negotiators. Both are popular explanations for the gender pay gap in general — although debunked, on a cross-occupational level, by PayScale’s findings in its report, Inside the Gender Pay Gap. (Short version: even when they have similar jobs and experience, women are paid less than men. They’re also nearly as likely to ask for more money as men, but more likely to avoid negotiating specifically because of a fear of talking about money — and more likely to pay a social penalty when they do.)

But the real answer may be our old friend unconscious bias. Diana Mason, a professor of nursing at Hunter College and the former editor of The American Journal of Nursing tells The Times that there may be a “lingering bias that a man is more of an expert because he’s a man.” In addition, she says, some hospitals may offer more opportunities to male nurses in order to diversify their staff.

5. Nurses are not maids.

Part of the job of a nurse is to make sure the patient is comfortable (or as comfortable as possible, given the circumstances). But health and safety come first. If you’re a patient, and you want a cup of coffee, and another patient is having a heart attack, the crash cart comes before the lunch tray.

Nurses are not maids, and the crash cart comes before the lunch tray.

That seems pretty obvious, but it’s not always clear to patients.

“Buoyed by the review website culture, where the customer is always right, some seem to believe a stay in hospital should be like a stay in a hotel,” writes Jenni Middleton at Nursing Times. “While of course feedback should be analysed to make healthcare improvements, patients need to realise that nurses are not maids. They must learn that nursing requires a broad range of skills – and unquestioning servitude is not in the job description.”

This post was updated from an earlier version previously published on PayScale.

Are you a nurse? We want to hear from you! Leave a comment or join the discussion on Twitter.