Want proof that TV reflects our collective psyche? Look no further than the truly terrible bosses on our favorite TV shows. If you go by what’s on TV, we either really hate our managers, or we’re terrified that we’re going to wind up with life-ruining supervisor somewhere down the line.

Probably the king of bad bosses on TV, Michael Scott has just about every quality you wouldn’t want in a manager. He’s indecisive and passive-aggressive. On any given day, he might decide that he’s your best friend or the most super-serious authoritarian boss ever. He brings his personal life into the office, and his coworkers into his personal life. And then, eventually, he left and turned over his branch first to characters played by Will Ferrell and James Spader (never a good sign) and then finally to the Nard Dog.

Many of us have cried at work, but most of us haven’t had the pleasure of doing so on national television. I would argue that one way to tell if your boss is truly terrible is if he or she makes you have to cry so urgently, you can’t make it to the bathroom first. But to make you cry on camera, for ratings … well, that’s some advanced-level bad bossing.

3. Anyone at Any Variation of Sterling Cooper Draper Pryce, Mad Men

If you’re female and you work for the ad agency in Mad Men, you’re pretty much guaranteed to spend your day dodging pinches on the bottom and extra-marital suggestions. Not exactly a recipe for workplace equality. (Also, possibly an explanation for those armor-like 1950s undergarments. It wasn’t because of the New Look at all. It was for protection.)

How bad a boss is Mr. Burns? He never remembers his employees, and yet he’s always trying to kill them. Sometimes with dogs.

Possibly the worst of the bunch, Donald Trump’s whole reason for being is firing 90 percent of the people who work for him. Also, his hair is arguably the scariest thing on television.

We want to hear from you! What makes a bad boss bad? Leave a comment or join the discussion on Twitter, using the hashtag #MakeItHappen.

Top Jobs That Hate Their Bosses

Who’s the Boss? (And Why it Matters) [infographic] 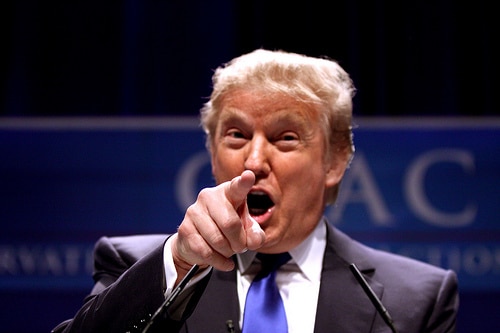