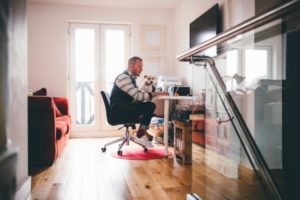 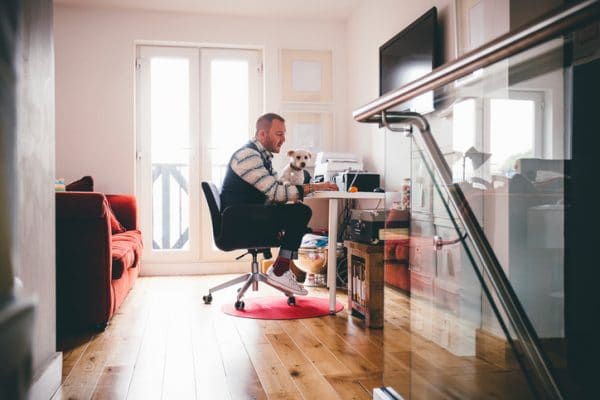 More and more people are working from home these days, at least on a part-time basis. The latest data from the Bureau of Labor Statistics showed that 24 percent of employed people did some or all of their work at home in 2015.

However, even more workers would like to have the option. A new study from FlexJobs found that 62 percent of workers have even considered leaving their job because it wasn’t as flexible as they’d like.

Workers feel flexibility is as important as salary.

Respondents were asked which factors matter most when considering a new job. The top choice was “work-life balance.” Seventy-two percent of workers agreed this was very important to them. Second were “salary” and “flexible schedule,” which were tied with 69 percent of respondents saying these factors were top priorities. “Telecommuting” came in third at 60 percent. These factors ranked above “location,” “company reputation,” and even “meaningful work.”

FlexJobs surveyed more than 5,500 workers for this report. Two out of three of these respondents said they felt they’d be more productive working at home than they would be in a traditional office. There is some real evidence to support the idea that they just might be correct. According to a 2016 study of remote workers, 91 percent felt they got more done when they worked remotely. It also found that these workers felt more valued at work and that they were happier.

In one study, 91% of workers said they got more done while working remotely.

Some flexible options are more desirable than others.

The majority of workers have considered leaving a job because of lack of flexibility.

Work flexibility has such a huge impact on quality of life that 62 percent have considered leaving a job, or have actually left, because it wasn’t offered. Over half said that a job with flexibility would have a positive impact on their life and another 45 percent said it would be a huge improvement. Seventy-eight percent felt they’d be healthier if they had a flexible job. They felt that they’d eat better and exercise more. And, 86 percent of respondents said they’d be less stressed if their job was more flexible.

It’s not hard to understand why 79 percent of respondents said they’d be more loyal to an employer that offered flexible opportunities, given these results. Employees would be wise to consider this when weighing the value of providing flexible work options. Also, workers should be honest with themselves about how important a flexible schedule really is to them when considering a new job.

Want to get more insights on the key reasons an employee leaves their job? Check out PayScale’s newly released study Why They Quit You: Top Reasons An Employee Leaves