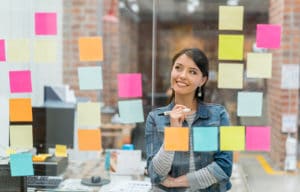 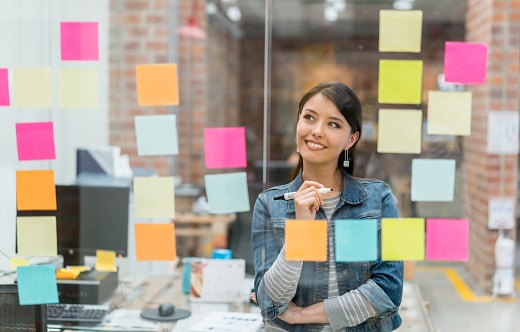 Women earn less than men, regardless of how you look at the data. But, the conversation around equal pay can turn into victim-blaming in a hurry. Various experts have suggested, for example, that women earn less because they don’t negotiate, or negotiate well. Others have even claimed that women make less money because they just don’t care about cash or their careers as much as men do.

This is obviously nonsense. Even if it were possible to say that half the population feels a certain way, ambition is not the only reason to want to be paid well. Women have the same expenses as men, by and large. Ask a single mother if her earning power is important, and you’re likely to get an emphatic yes.

Women are nearly as likely as men to ask for raises, but less likely to report getting one.

“In repeated studies, the social cost of negotiating for higher pay has been found to be greater for women than it is for men,” writes Hannah Riley Bowles, director of the Woman and Power Program at Harvard’s Kennedy School of Government, at Harvard Business Review. “Men can certainly overplay their hand and alienate negotiating counterparts. However, in most published studies, the social cost of negotiating for pay is not significant for men, while it is significant for women.”

So what can you do to overcome this bias, and get the pay (and career) you deserve?

If you’ve been afraid to ask for a raise or promotion, don’t beat yourself up. You’re not chicken; you’re accurately perceiving the bias that makes it more difficult for women to negotiate.

That doesn’t mean that you should give up. But understanding that your fears are founded in reality can help you devise a plan to get the pay you deserve.

Long before you schedule a meeting with your boss to discuss compensation or a new role, do your research. PayScale’s Salary Survey generates a free salary report with an appropriate range for the position, experience, skills, and geographic location. Build your case on data, and you’ll not only provide a more persuasive argument — you’ll also go into the conversation with a lot more confidence. It’s easier to push for more when you know you deserve it. (And if your boss tries to tell you that you’re being paid appropriately, and you’re not, well, at least you’ll know what to ask for at job interviews for your next gig.)

Knowing is one thing; asking for what you deserve is another. These tips can help you navigate the challenges of negotiating while female. Using a salary negotiation script can also help.

Most of all, it’s important to know that you not only deserve more money, you’re likely to get it. Data gathered for PayScale’s Salary Negotiation Guide show that 75 percent of people who ask for more money get some kind of raise. Seventy-four percent of women who asked got a salary increase.

When you need advice, whom do you ask? Ideally, someone who’s successful at the thing you’re hoping to do. Finding the right mentor can boost your career to new heights.

Don’t necessarily assume that mentor needs to be a woman, either.

“I’ve never subscribed to the idea that you have to have role models who look like you,” writes Condoleezza Rice in her book, Condoleezza Rice: A Memoir of My Extraordinary, Ordinary Family and Me. “If that were the case, there would be no firsts. My friend and former neighbor Sally Ride never would have been an astronaut if she had waited to see a female in that role. Sure, it’s good to have female or minority role models. But the important thing is to have mentors who care about you, and they come in all colors.”

5. Confront your own unconscious bias.

Recently, I took a test from Project Implicit designed to reveal the subject’s association between gender and leadership. My results indicated that I associate men with leadership more strongly than women.

If you want to change the world, the best place to start is with yourself and your assumptions, even if it means being uncomfortable.

Commit to lifting up your female colleagues and joining forces to make sure all are heard, given opportunity, and recognized for their achievements. One technique for doing this: amplification.

Female staffers in President Obama’s first-term administration (which, unlike later in his tenure, was two-thirds male) used this strategy to make sure their contributions were heard.

…female staffers adopted a meeting strategy they called “amplification”: When a woman made a key point, other women would repeat it, giving credit to its author. This forced the men in the room to recognize the contribution — and denied them the chance to claim the idea as their own.

7. Do something that scares you.

“What would you do if you weren’t afraid?” Sheryl Sandberg asks in her book, Lean In: Women, Work, and the Will to Lead.

You might ask for a raise, or go out for a promotion before you feel totally prepared for the next stage of your career. You might learn a new skill that doesn’t come easily to you, thus increasing your chances of getting a higher paying job later on, or get comfortable enough with public speaking to run for local office or set your sights on an executive role.

In short, you might achieve your dreams. You never know until you push through the fear and try.

What would you add to this list? We want to hear from you. Tell us your thoughts in the comments or join the conversation on Twitter.