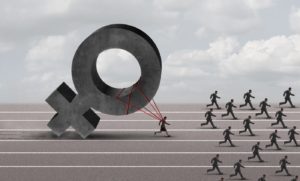 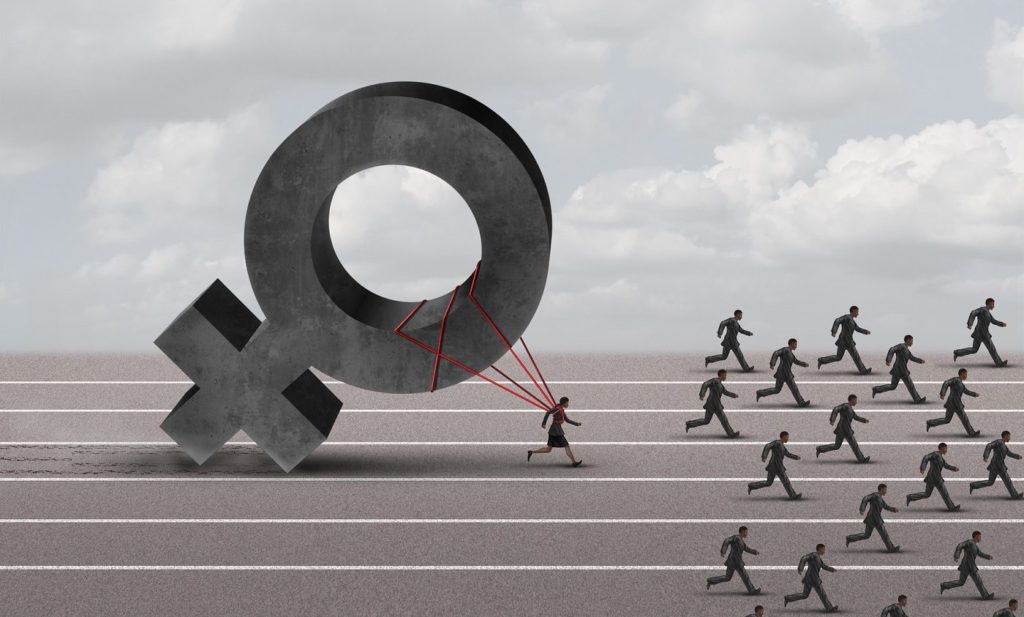 Unless things change, it will take 208 years before the United States achieves gender parity, according to the World Economic Forum. Women are less represented in government, popular entertainment, board seats and Fortune-500 leadership.

Women also earn less than men — only 79 cents on the dollar, according to PayScale’s report on the gender pay gap. Even when we control the data to compare only men and women with similar jobs and qualifications, women earn 98% of what men make for the same work.

If you’re not at the top of the corporate ladder, you might think there’s not much you can do to change these facts. But small steps add up. The theme of International Women’s Day 2020 is #EachforEqual, focusing on what each of us can do to help close the gap. No matter who you are — or where you are in your career — there are plenty of things you can do to help make your workplace better for women — and everyone else.

How to Make Your Workplace Better for Women

1. Be Willing to Talk About Pay

Why do women earn less than men? One reason is that few employees know what their coworkers earn, which makes it hard to compare their salary against their colleagues’. This makes it easier for employers (consciously or unconsciously) to pay female employees less.

One possible solution: increased pay transparency, which is employers’ practice of communicating more information with employees about their pay. Pay transparency is a spectrum. On one end, you have employees who know only what they see in their pay stubs – a dollar amount and deductions for FICA, benefits and so on. On the other, you have companies like Buffer that reveal what every employee earns, from the CEO on down the corporate ladder.

Total pay transparency isn’t necessary to reach pay equity, but when it comes to closing the gender pay gap, more information is better than less. And companies should care about closing the gap. Beyond being the right thing to do, making the workplace better for women is good for the organization’s bottom line. Per PayScale’s report, Does Pay Transparency Close the Gender Wage Gap?:

Women represent 47 percent of the total labor force. Closing the gender wage gap is important not only in the pursuit of equity and fairness, but because women represent a significant portion of the available talent in the marketplace. In addition to being highly educated, women also have a positive impact on profits. According to a 2016 study by the Peterson Institute for International Economics, women in leadership yielded a 15 percent increase in profitability for companies that went from having no women in leadership to a 30 percent representation.

What can you do if you don’t run a company? Consider being more open about your salary, if you feel safe doing so.

“Open discussion of salaries among peers and co-workers, experts said, is a powerful tool to fight pay inequity,” writes Tim Herrera at The New York Times.

Herrera notes that being transparent about pay may help workers and their colleagues negotiate fair pay — and might help companies as well, by reducing the risk of lawsuits due to pay disparity.

A good mentor can help guide and encourage workers through even the twistiest turns in their career paths. But you don’t have to wait until you’ve achieved all your dreams to help someone else make progress toward their goals. Further, you shouldn’t assume that you need to everything in common with your future mentee in order to be of use.

“Search for role models you can look up to and people who take an interest in your career. But here’s an important warning: you don’t have to have mentors that look like you,” said former U.S. Secretary of State Condoleeza Rice. “Had I been waiting for a black, female Soviet specialist mentor, I would still be waiting. Most of my mentors have been old white men, because they were the ones who dominated my field.”

Networking is one of the best ways to get hired, with as many as 85% of jobs going to candidates who come in through this method, according to some estimates. However, there’s a flaw in this method of hiring and being hired: referrers tend refer people who resemble them demographically, meaning in part that white, cisgender men are likely to recommend white, cisgender men.

Per PayScale’s report, The Impact of Job Referrals:

So, what can you do to break the cycle? Reach out to people who don’t check all the same boxes as you do — and avoid recommending only people who “look like” you when you refer candidates to your employer.

How many times have you been in a meeting where a woman’s contribution was ignored … only to be repeated by a male colleague and greeted as if it were an original idea?

One way to combat this erasure is to amplify women’s ideas. At The Washington Post, Juliet Eilperin explains how this strategy helped female staffers in the Obama administration achieve recognition in a male-dominated environment

When President Obama took office, two-thirds of his top aides were men. Women complained of having to elbow their way into important meetings. And when they got in, their voices were sometimes ignored.

So female staffers adopted a meeting strategy they called “amplification”: When a woman made a key point, other women would repeat it, giving credit to its author. This forced the men in the room to recognize the contribution — and denied them the chance to claim the idea as their own.

You don’t have to identify as female yourself to make this strategy work, of course. Any committed ally can help by repeating — and crediting — women’s ideas.

5. Understand Why (Some) Women Cry at Work

In a recent episode of Recode Decode, That’s What She Said author Joanne Lipman shared some of her learnings about discrimination and diversity training. One piece of advice she offered was that men should try to understand the real reasons why some women cry at work.

“I had no idea, but men are terrified of women crying in the office, which leads them to not give honest feedback,” she said. “Science says women do cry more than men, but when they do cry it’s because they’re angry or frustrated. Men don’t see it that way, they think feelings have been hurt. A woman crying in the office is the same thing as a man screaming and yelling and getting angry.”

6. Take Advantage of Flexibility When You Find It

When you hear the phrase “work-life balance,” what do you think about? If you’re like most people, you probably picture a working mom, struggling to navigate personal and professional responsibilities. But the fact is that both men and women have trouble managing their careers alongside their family lives. And if we want to make work and life better for everyone, the best thing we can do is to take advantage of flexibility when it’s offered.

Especially if you’re a man, taking advantage of benefits like parental leave is one of the best things you can do to help your female coworkers. In doing so, you’ll make the workplace better for women and level the playing field for everyone on your team.

And finally, if you’re a woman, the best way to help yourself and other women may be to advocate for yourself, especially when negotiating salary. This is challenging on several levels, of course, not least because research shows that both men and women hold biases against women who ask for more.

But most people who negotiate salary get some kind of bump in pay. By not asking, you could be leaving thousands on the table over the course of your career. Further, most hiring managers expect candidates to negotiate, which means that if you’re negotiating a job offer, you may be agonizing over a relatively easy ask.

Bottom line: the more women ask, the more people will expect them to ask. If you feel you’re in a good position, asking for what you deserve may do more than boost your earnings. It could make your workplace better for women and help everyone succeed.

Do you know how much you’re worth? Take the PayScale Salary Survey and get your free salary report in minutes.

What have you done to make your workplace better for women? We want to hear from you. Share your story in the comments or join the conversation on Twitter.