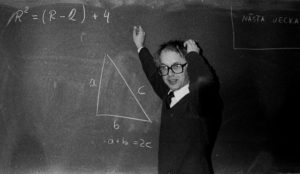 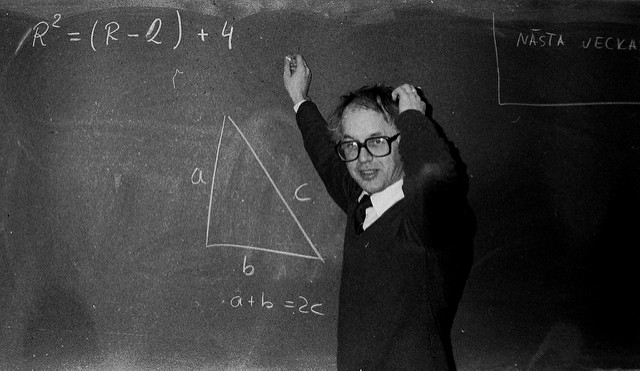 There are a lot of tough jobs out there in the world, but some professions are also misunderstood, which only compounds the difficulty. Teaching is definitely a tough, misunderstood job.

Maybe it’s because we all went to school (see reason No. 2) or perhaps it has to do with the way teaching has been depicted in movies, but for some reason lots of folks underestimate the difficulty of being a teacher. The fact is that teaching is a lot harder than most people understand — and not for the reasons that might first come to mind. Here are just a few ways that the job of teaching can be hard, and not one of them is about the students.

One thing that isn’t a myth about teachers is that they love the actual act of teaching. However, sometimes teachers can be made to feel as if their wings are being clipped by ever-changing guidelines and standards that demand they rework, rewrite, and resubmit curricula and lesson plans for approval, when the materials and ideas they’d already developed were working well. Also, professional development expectations (goal setting, certification requirements, training days, etc.) tend to take up a lot of time and energy that teachers would sometimes rather devote directly to their students and classrooms. If teachers were given more freedom to pick and choose how they direct their efforts toward improving their teaching, it might not feel so taxing. But, the bureaucracy can get to be a little much, and it can feel like there is a lot of wasted time.

Professionals in many industries have a way of doing their jobs so well that they “make it look easy.” As kids, we soak up this illusion even more than we do as adults. All of us have been in classrooms, and looking back on those experiences it can seem as though teachers were mostly relaxed, that one activity seemed to easily fold into the next, etc. Little did you know that’s all part of the magical web teachers so painstakingly weave to create an environment conducive to learning. Good teachers might make it look easy, but it isn’t at all, and the fact that a lot of people assume that it is can be disappointing and disheartening.

Teachers’ pay is not great, especially when salaries are compared to other professions that require a similar amount of education and training. Plus, because of budget restrictions, many teachers spend their own money on classroom supplies. During the 2013-2014 school year, for example, America’s teachers each spent an average of $513 on school supplies, out of pocket.

Contrary to what many believe, teachers don’t really get summers off. They spend that time on professional development work and preparing for the following year. They also don’t “get out early” (teachers actually work an average of 53 hours per week) — they just start the day earlier than most. It’s also important to realize that teachers’ schedules are very inflexible. Their personal lives generally function best when they’re scheduled around school vacations.

It’s difficult to know when a lesson is really, truly, ready to go. Actually, the truth is that you could always work on it a little more. But, with grading, emails, and professional development tasks piling up, you have to find a way to move the almost bottomless to-do pile along at some point.

Additionally, some folks are able to take breaks during their workday. They might spend a few minutes socializing with coworkers, maybe check their personal email, etc. Some folks even shop online while they’re at work, or take a few minutes to get outside and stroll around the block. In teaching, none of this is even remotely possible. Instead, teachers are incredibly busy, often trying to squeeze more into a day than is humanly possible. They are usually trying to do three or four different things at once. Teachers even struggle to find the time to use the bathroom during the day — it’s that busy. Enough said.

Teacher movies are wildly entertaining, but they do not paint an accurate picture of what it’s like to be a teacher, and that can be frustrating.  Teachers often enjoy these films too, but as one seventh grade teacher wrote in an article for WeAreTeachers.com, illusions of “the ‘failing’ schools with hardwood floors and class sizes of less than 15 kids” start to fall away after just a little bit of time spent on the job. The fact is, teaching is so much harder than these films make it appear.

“When they make a movie about my life and teaching career, Reese Witherspoon and I are going to sit down and have a talk before filming begins,” the anonymous teacher wrote at the end of her article. “‘Look, Reese,’ I’ll say. ‘You gotta lose some of that eye shadow. Better yet, move it down an inch or two and give yourself some dark circles under your eyes. Also, quit being so damn perky.’

She’ll look offended for a minute, but I’ll explain, ‘You’ve been up most of the night redoing your lesson plans because they changed the format again, and now they want literally 20 pages of lesson plans a week. Also, you’re supposed to plan a field trip, but there’s no money, so you have to write a grant for it and also ask your mom to pay for half. And by the way, you got a call in the middle of the night from one of your students. He’s OK: he just had a question about his homework. At one in the morning.'”

Teachers bend over backwards for their students, they lose sleep over them, and truly care for them as if they were their own. So, it’s a pretty terrible feeling to be treated as if you’re the enemy by the occasional family member of a student you’re working so hard to help. Everyone has the same objectives in these scenarios — what’s best for the student — and is willing to do just about anything to help them get there. Still, teachers are too often treated as if they’re the enemy, instead of like the partner they’re hoping to be; their commitment and expertise are too readily overlooked. It can be discouraging, and it’s definitely unfair. It’s also not in the best interest of the student.

“A positive parent-teacher relationship helps your child feel good about school and be successful in school,” Diane Levin, Ph.D., a professor of education at Wheelock College told PBS. “It demonstrates to your child that he can trust his teacher, because you do. This positive relationship makes a child feel like the important people in his life are working together.”

As teachers, we often hesitate to talk about how hard teaching really is, especially with people who are new to the job or who are considering going into the field. Because, as difficult as the job may be, it is also unimaginably rewarding sometimes, and good days can feel almost magical. Plus, the world needs more good teachers, and we don’t want to turn people off from such a goal. Still, we have to be honest about the challenges teachers face if we’re going to work toward addressing them. And teachers deserve the public’s understanding, too.

Do you think teaching is a difficult job? We want to hear from you! Leave a comment or join the discussion on Twitter.