9 Ways to Level Up as a Leader

Can a bad boss ever become a good boss? The crew at Harvard Business Review’s blog network think so, and they’ve got the stats to prove it. Even better, they can quantify exactly how to go from being a poor manager to being a good one.

Using 360-degree feedback data, bloggers and leadership consultants Jack Zenger and Joseph Folkman tracked 71 leaders’ progress over a 12- to 18-month period. The leaders they examined had been selected specifically from a larger sample, because these particular managers had improved from 23rd percentile of leadership effectiveness to 56th percentile. The goal was to see what they’d done that brought about the improvement.

Eighty percent of the leaders showed gains in these nine leadership skills:

1. Improving communication effectiveness. It wasn’t necessarily how much the leaders spoke, but how well they used their existing skills to land their ideas and pick up new information. The study also showed good results for leaders who specifically worked on their presentation skills. (Proving once again that Powerpoint is both the bane and the salve of corporate existence.)

2. Making an effort to share their knowledge and expertise more widely. The less effective leaders were “stingy with information and know-how.” Sharing what they know helped inspire and develop the people they managed.

3. Encouraging people to do more and to be better. Contrary to what many leaders think, minimizing challenges did not help their team, or their organization. It also didn’t improve the image others had of them as leaders.

4. Developing a broader perspective. Concentrating on broad strategy and paying attention to the world at large had greater payoffs than getting bogged down in tactical details and departmental politics.

5. Recognizing that they are role models, and setting a good example. In short, effective leaders didn’t ask people to do things they didn’t do themselves.

6. Championing their team’s new ideas. The most-improved study participants tended to encourage new ideas and proposals, instead of shutting them down.

8. Improving their ability to inspire and motivate others. The process here was two-fold: 1. Focusing their teams on the highest priority goals, and 2. Making an effort to stay in touch with their team’s concerns.

9. Encouraging cooperation rather than competition. Good leaders supported a shift from the belief “that work is a zero-sum game that creates winners and losers,” and replaced unproductive competition with a spirit of cooperation.

We want to hear from you! How have you become a better leader? Leave a comment or join the discussion on Twitter, using the hashtag #MakeItHappen.

I Dream of a Flexible Work Schedule

4 Ideas to Crank Up Your Creativity 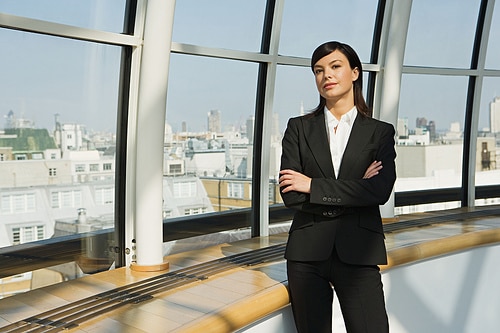