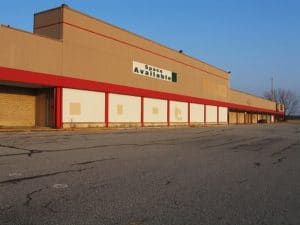 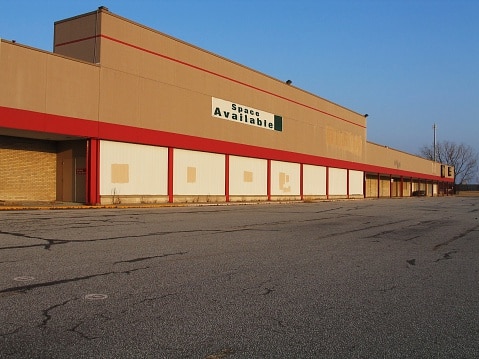 For some people working retail, a career in brick-and-mortar is looking shorter.

The closing of 100 stores by Macy’s, the country’s largest department store chain, will result in 10,000 job cuts alone.

The New York Times highlights several trends behind the job cuts like those at Macy’s. Consumers, following a long recession, have pushed their shopping carts to low-cost chains like T. J. Maxx, and also away from brick-and-mortar stores, opting for virtual shopping carts at online retailers like Amazon.

Sears Holdings, which is closing 41 of its namesake stores and 109 Kmart stores, shocked investors recently when the company said in a Securities and Exchange Commission filing that it had “substantial doubt” it could survive. In the filing, Sears acknowledged the headwinds it faces as shoppers bypass traditional retailers for online sellers.

J.C. Penney announced it is closing 130 to 140 of its departments stores to “effectively compete against the growing threat of online retailers,” but two Wall Street analysts warn more closures may be ahead for the mall mainstay.

RadioShack, which employs about 5,900 people, in early March filed for its second bankruptcy and said it will close 200 stores. That same week office supply store Staples announced it was closing 70 more stores.

Those aren’t the only retailers struggling. More U.S. retailers are on the brink of dying than any time since the Great Recession, according to Moody’s Investors Service, as reported in MarketWatch. And the number of retailers in distress is heading toward record levels in the next five years, Moody’s said.

That’s a tough blow for people working in the traditional retail sector, which has been feeling the pain for years. The New York Times reported that in the last four years, traditional retailers have cut more than 200,000 jobs, according to Challenger, Gray & Christmas, a Chicago outplacement firm.

The New York Times article reports an interesting calculation by Michael Feroli, chief United States economist at J. P. Morgan: if it were not for online retailers — of which Amazon is the biggest — there would be 1.2 million more retailing jobs in the United States. But, to be fair, the article also points out the process of “creative destruction,” in which new industries rise and replace old ones. While online retail has led to immediate job losses for some people, it has created new jobs, like the 3,000 full-time jobs at Amazon’s new Baltimore warehouse featured in the article.

If it were not for online retailers, there would be 1.2 million more retailing jobs in the U.S.

Amazon will create 100,000 new full-time jobs in the next 18 months in the United States, Forbes reported. The January announcement by Amazon had a surprising effect on the overall retail industry’s job outlook in February, despite all the big retailer closings.

“We know that industry is going through a transformation, kind of moving from brick-and-mortar retail to e-commerce,” Andrew Challenger, vice president of outplacement consultancy Challenger, Gray & Christmas said on “Squawk Box” on CNBC. “But at the end of the day, we saw just about as many new hires announced from the retail industry this year as we’ve seen job cuts.”

Newly created jobs, however, might not use the same skill set as those of a laid-off worker. For example, if you’re a cashier who lost your job because your store closed, you won’t necessarily be qualified for the software developer job being advertised by an online retailer. Or your bad back could handle a day’s work standing, but you won’t be able to perform the heavy lifting that a warehouse job requires.

Four occupations – retail salespersons, cashiers, stock clerks and order fillers, and supervisors of retail sales workers – account for nearly two-thirds of employment in the retail trade industry, according to the U.S. Bureau of Labor and Statistics.

Online retail jobs include customer service, fulfillment center associates, accounts payable and merchandising. But there’s a promising chunk of work for job seekers: online retailers need information technology professionals, software developers, and people who can analyze data to provide insight into their customer’s behaviors so they can market to them.

So, while some headlines scream that the latest closings are a “retail apocalypse,” is it really that bad?

Employment in retail trade dropped during the recent recession and has risen as the economy improved, according to the U.S. Bureau of Labor and Statistics. But it still hasn’t returned to where it was before the downturn.

Retailers continue to innovate in ways that indicate traditional retail jobs will decline, or at least evolve. Amazon is disrupting retail in more ways than just drawing shoppers away from brick-and-mortar stores to online. It uses robots in its warehouses, and you’ve probably heard about its drone-delivered packages.

But it also created Amazon Go, a brick-and-mortar store selling groceries and ready-made meals and featuring technology that promises “no lines, no check-out, no registers.” Customers download an app, shop and go, bypassing traditional cash registers. (The technology, however, has run into some glitches when too many people are in the store, causing Amazon to postpone its first store’s public opening, which was expected this past March.)

A prototype for a larger Amazon Go store of up to 40,000 square feet recently was unveiled and would could operate with as few as three employees at a time, The New York Post reported.

Sure, if Amazon Go takes off and is adopted by other retailers, traditional retail jobs like cashier may fade. But if you’re intrigued by the concept, you may have a promising future in retail — just not in the traditional sense. Explore some of the jobs that the online retail landscape presents by using PayScale’s Career Research Center.

How has the rise of online retailers like Amazon impacted your career path? We want to hear from you. Tell us in the comments or on Twitter.