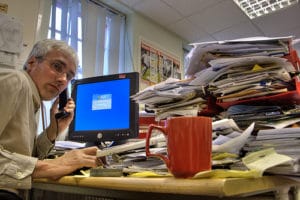 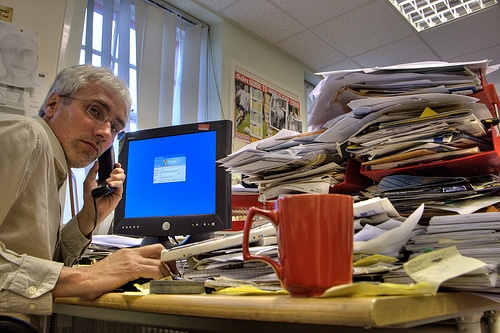 If you feel that Americans work too much, you’re certainly not alone. Some argue that we’d actually be more creative, more productive, and ultimately healthier and wealthier, if we worked less. Perhaps we can learn a little something about this by comparing our experiences of work with those of workers in other countries.

A recent discussion paper written by three economists, Alexander Bick of Arizona State University, Bettina Bruggemann of McMaster University in Ontario, and Nicola Fuchs-Schundeln of Goeth University Frankfurt, examines workplace data from the U.S. and 18 different European countries, between 1983 and 2011, in an effort to gain a better understanding of working hours in these locations as well as their causes and effects. Let’s take a look at some of the findings.

It turns out that in fact, yes, Americans do work more than Europeans — about 19 percent more, to be specific. On average, Americans work 258 more hours per year than their European counterparts. That comes out to 32 additional workdays annually and about one extra hour per workday for the average American.

Why are there such significant differences?

Tax rates in the U.S. are significantly lower than they are in Europe (despite what you may have heard) and this may have an impact on American workers’ incentive to work longer hours. Because we contribute less to taxes than they do in Europe, we could be more motivated to increase our earnings.

“Americans are indeed richer than Europeans,” Lee Ohanian, an economist at the University of California-Los Angeles told Bloomberg, “and one reason why is because of taxes that depress the incentives to work in Europe.”

Labor unions and other protections for workers are much stronger in Europe than they are in the U.S. and this has a big impact on working hours. It’s essential that we understand the continued importance of labor unions and their impact — they help workers attain fair pay, job security, and better working conditions. It turns out that these factors might also help workers to take more time off, which is ultimately a benefit to companies as well as to individual workers.

Be sure to check out Hours Worked in Europe and the US: New Data, New Answers for more information.

Why do you think Europeans work less than we do in the U.S.? We want to hear from you! Leave a comment or join the discussion on Twitter.