What Annual Income Do Americans Need to Feel Financially Secure?

What annual income do you think most Americans would say they need to feel financially secure? WSL Strategic Retail recently conducted a survey to find out, and discovered that 88 percent of respondents felt that the magic number for their household to cover basic expenses, afford a few extras and still have some left over for savings was a whopping $150,000 a year.

The survey uncovered some other data that might surprise you. Almost 30 percent of Americans who earn between $100,000 and $150,000 annually reported that they are only able to afford the basics; that means no frills, despite six-figure incomes. And 24 percent of respondents between the ages of 18 to 34 claimed that they are unable to afford even basic needs. Over half of Americans — 52 percent, to be exact — indicated that they struggle to cover the necessities.

“The youth market, which has traditionally been known for its enthusiastic spending of discretionary income, has virtually dried up,” said Candace Corlett, the president of WSL Strategic Retail. “As today’s young adults struggle to find employment and pay down student loan debt, this demographic now represents the largest percentage of Americans who are challenged to afford even basic necessities.”

Are you shocked by the study’s findings? What income level do you think it would take for your household to feel financially secure?

Getting Rid of Economic Inequality: How Do We Do It?
Getting Rich off the Working Poor
“Fixers” and Firemen: Kids Describe Their Dream Jobs 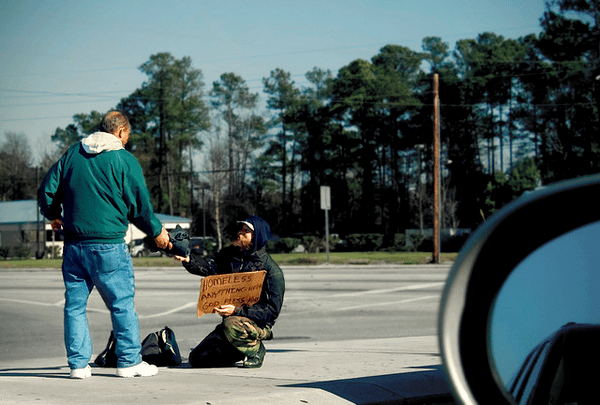