Best College Ever Offers Puppy Room to Stressed out Students

Students at Dalhousie University in Halifax, Canada can now defeat those exam blues by hanging out in a room full of puppies.

“It fills a niche that people need right now because students are super stressed,” said Michael Kean, one of the genius students behind the idea. The dogs are provided by Therapeutic Paws of Canada, which is a non-profit organization that regularly visits hospitals and schools, but sadly, not our house.

Seriously, with ideas like this one, Gen Y deserves to take over the world. There’s science behind it, too: therapy dogs have been shown to increase the levels of oxytocin, the hormone that makes us happy, as well as lowering blood pressure, and reducing loneliness. All of which sound like benefits a stressed-out college student could really use. (But most importantly: PUPPIES.)

So far, the dogs will be at the school for three days only, during exam week. But we could see a time when a puppy room becomes a permanent feature at some forward-thinking college. And when it does, we’ll have to consider adding that to our College Salary Report. Currently, the CSR ranks schools for everything from geographic region to odds of finding a great-paying gig after college.

Tell Us What You Think
Keep the discussion on the value of education going on Twitter using hashtag #valueofedu.

Why Managers Should Hire Poets 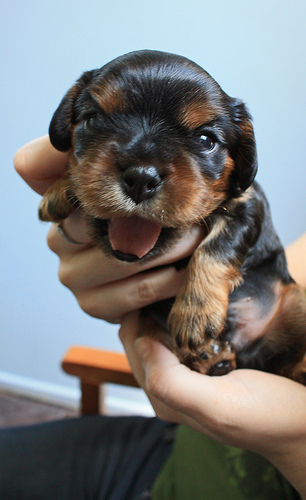