The monthly Employment Situation Summary, which measures jobs added to both public and private, non-farm payrolls, reflected the addition of 211,000 jobs in November and an unchanged unemployment rate of 5 percent. This was higher than the 200,000 jobs predicted by economists polled by Reuters ahead of the Department of Labor’s release. In addition, the previous two month’s numbers were revised upward, by +18,000 jobs for October and +8,000 jobs for September, respectively. 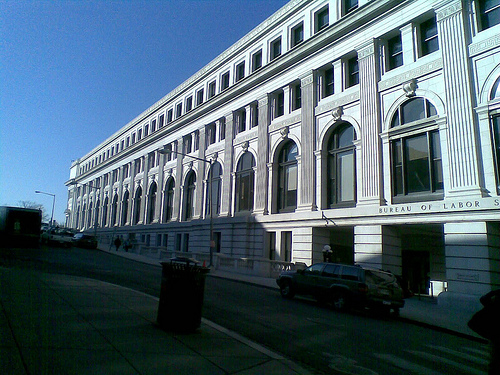 In fact, over the past 12 months, job gains have averaged 237,000 per month – lower than 2014’s average of 246,000 per month, but high enough, perhaps, to tempt the Federal Reserve to raise interest rates when they meet later in December.

Looking ahead to 2016, economists warn that next year’s numbers might not be quite so rosy.

“The bottom end of the range of forecasts in Reuters polls on non-farm payroll figures for the coming year has been consistently trimmed lower by analysts over the past few months — just 100,000 jobs per month on average in some quarters of next year,” writes Siddharth Iyer at Reuters’ blog Macroscope. Iyer notes that Fed Chair Janet Yellen recently said that even 100,000 jobs added per month in 2016 would “cover new entrants to the workforce.”

The number of workers who were marginally attached to the labor force – meaning that they had looked for work at some point during the previous 12 months, and wanted jobs and were available for work – was 1.7 million for November, down by 392,000 from last year. Of those marginally attached workers, 594,000 were counted as discouraged workers, those not looking for work because they didn’t think that there were jobs available – the same as a year earlier.

Average hourly earnings for workers in the private sector increased by 4 cents an hour to $25.25 last month, after an increase of 9 cents an hour for October. Average hourly earnings have risen by 2.3 percent for the year so far. The PayScale Index, which tracks the change in wages for employed U.S. workers, forecasts a 0.6 percent year-over-year increase in pay for Q4 2015.

What’s your take on the job market right now? We want to hear from you! Leave a comment or join the discussion on Twitter.