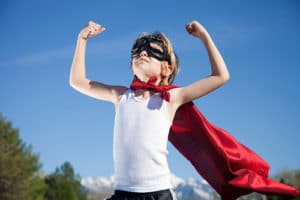 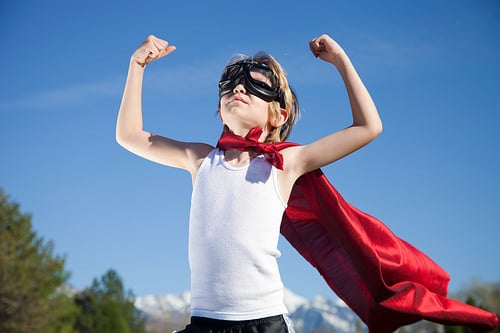 If you’re like most professionals, you’ve probably spent countless hours researching the secret to success and trying to mimic the ways of your biggest role models. You may have even forked over some hard-earned cash on seminars and programs that promise to help you achieve your wildest dreams. However, the outcome always seems to be the same: you feeling defeated and like a failure time and time again. Although I’d argue there’s not one isolated key to success but rather many, there is one trait that stands out from the rest. Read on to find out what it is and how to hone it.

The start of your career can be a fun and exhilarating time. You’re young, motivated, and excited about the opportunities that lie ahead. You’re hungry and already mapping out your career plan, which has you moving up to the top of your profession in a completely unrealistic timeframe – but, then again, you’re YOU, so you’re going to defy the odds, right?

As time goes on, you begin to realize that moving up in your career is harder than you thought. You begin doubting your abilities and convince yourself that maybe you’re just not destined for the type of success you set out to achieve early on in your career. This is a defining moment in your career because you have one of two decisions: settle for being mediocre and become complacent, or dig deep and know that you’re destined for great things. The decision you make at this moment is what separates the good from the great.

The Key Trait for Success

If you look at the stories of some of the most successful people in the world, there’s one common thread: unwavering confidence. Their success wasn’t because of them being in the right place at right time, or even luck – it was the confidence to pick themselves back up and forge forward, despite (and in spite of) the many failures and countless rejection they faced along their journey to success.

For instance, Michael Jordan says being cut from his high school basketball team made him work harder at his dreams, and look how that turned out. Likewise, J.K. Rowling was rejected by 12 different publishers before her Harry Potter fantasy series was picked up and later became the best-selling book series ever – not to mention the series of Harry Potter movies that went on to become the second highest-grossing film series in history.

As you can see, a little bit of confidence has gone a long way for many of the successful individuals we know and admire today, and the same can be true for you. Here are three ways you can become a more confident person and take your career to the next level.

1. Keep your eye on the prize.

Instead of letting every mistake or mishap knock you off track, understand that these are minor hiccups in your career, and keep your focus on the end goal: success. Dwelling on mistakes only results in self-doubt, regret, and wasted energy worrying about something you cannot change (i.e. the past).

2. Use your failures as lessons.

Without failure, you cannot fully appreciate success. I’m not saying to act like you don’t make mistakes, because that will do more harm than good for you and your co-workers. Instead, find the lesson that is to be learned from each failure and use it as fuel to become a wiser and more prepared individual. “Fall seven times, stand up eight” (Japanese proverb).

It’s easy to beat yourself up about every little thing you do wrong, but what good does that do anyone? All you do by being negative and critical is push people and opportunities away, because no one wants to be around a “Negative Nancy.” Instead, try and practice positive thinking (here are six tips to help you with that) so that you don’t ruin your chances at career success with a pessimistic attitude.

What other tips do you have for staying confident throughout your career? Share your advice with our community on Twitter, or leave a comment below. Sharing is caring.