Why Your Boss Should Quit Scheduling ‘Mandatory Fun’ 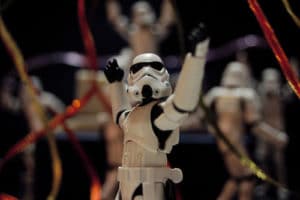 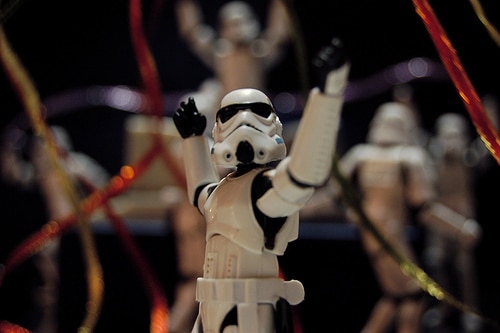 If the thought of some or any of those makes you cringe, chances are you’re against mandatory fun. Your boss, however, probably doesn’t agree with you — which is why you’ve likely participated in at least one three-legged race or company bake-off, perhaps against your will.

What’s so wrong with a little team-building? Nothing. But the way in which many companies go about it has the opposite effect from what was intended.

At Harvard Business Review, psychologist Adam Waytz explains how these things go wrong with an example from his own career. Some years ago, Waytz’s employer decided to hold a weekly gourmet lunch, to encourage team bonding. It started out OK:

But within three weeks I stopped going to the lunches (and soon after that, they petered out altogether). My decision had nothing to do with my colleagues, whom I liked quite a bit. I stopped going because the conversation always turned to work. The personal downtime that I’d previously spent pondering Minnesota Timberwolves box scores, personal rankings of Stevie Wonder albums, or nothing at all had been absorbed into my workday. And I didn’t like that.

The leaders in my organization had correctly identified the problem, but they missed the mark on a solution. They are not alone; companies routinely hold mandatory social activities that are awkward at best and alienating at worst.

The problem, Waytz says, is that people in social situations tend to gravitate toward common ground.

“In our case, the topic was work,” he writes. “For an activity that was intended to help us connect with one another and develop new bonds, focusing on what we already had in common was hardly useful.”

There are other issues with mandatory fun, too. When companies insist, workers can become resentful, especially if they had to step away from urgent projects in order to participate in team-building activities.

Take away the mandatory aspect, and team activities change from another item on the to-do list to a potentially enjoyable outing.

Not everyone will want to go to a happy hour or a baseball game or join the running club or do yoga in the office. But a significant percentage of people will want to do one of these things. If you’re a manager, providing a range of activities will help to get people involved.

If the goal is to say thank you to your staff, sometimes those two little words are all they need. In Gallup’s annual employee poll, 76 percent of respondents said they just wanted to hear the words “thank you.”

Beyond that, there are so many things you can do to recognize people for their efforts and encourage them to feel a sense of belonging, from employee-of-the-month status to bonuses and gift certificates.

What does your team really want? In one poll, 76% of respondents said a simple 'thank you' would do.

But perhaps the best benefit you can give people is the ability to leave work behind on a regular basis and connect with their lives outside of work.

“Let people go home, let them spend time with their families, let them head to the bar and check out Tinder, let them play in a band and record an album,” Waytz advises. “Rather than mandating ‘fun,’ give them a day off, and watch their social lives flourish and their loneliness fade away.”

What’s your take on mandatory fun? We want to hear from you. Tell us your thoughts in the comments or join the conversation on Twitter.