Clinton vs. Trump (Part 3): The Division in Support by Age and Gender 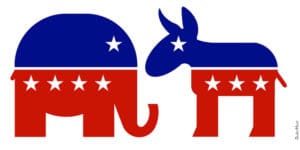 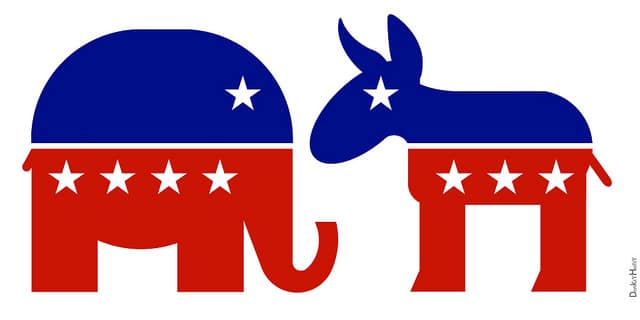 In the first parts of our four-part series, we looked at support for Clinton and Trump by gender and income, and degree level. Now, we examine how age and gender affect PayScale users’ choices in the voting booth.

Part 3: Division in Candidate Support by Age and Gender

Key Point: The trend in candidate support by age and gender is not the same for males and females.

Taking age out of the equation, we see a large divide in support for our Democratic candidate and Republican candidate from females. Of voters planning to vote for one of the two main party candidates, 67 percent of females plan to vote for Clinton. The division in support from males is much smaller with 52 percent planning to vote Trump. Adding age back into the equation, the division grows even larger for females, ages 22-37, with the greatest division held by those 26-27 years old — a whopping 82 percent of females 26-27 years old plan to vote for Clinton. The biggest divide for males? It’s nearly a tie between those 18-19 years old (68 percent Trump) and those 54-55 years old (67 percent Trump). 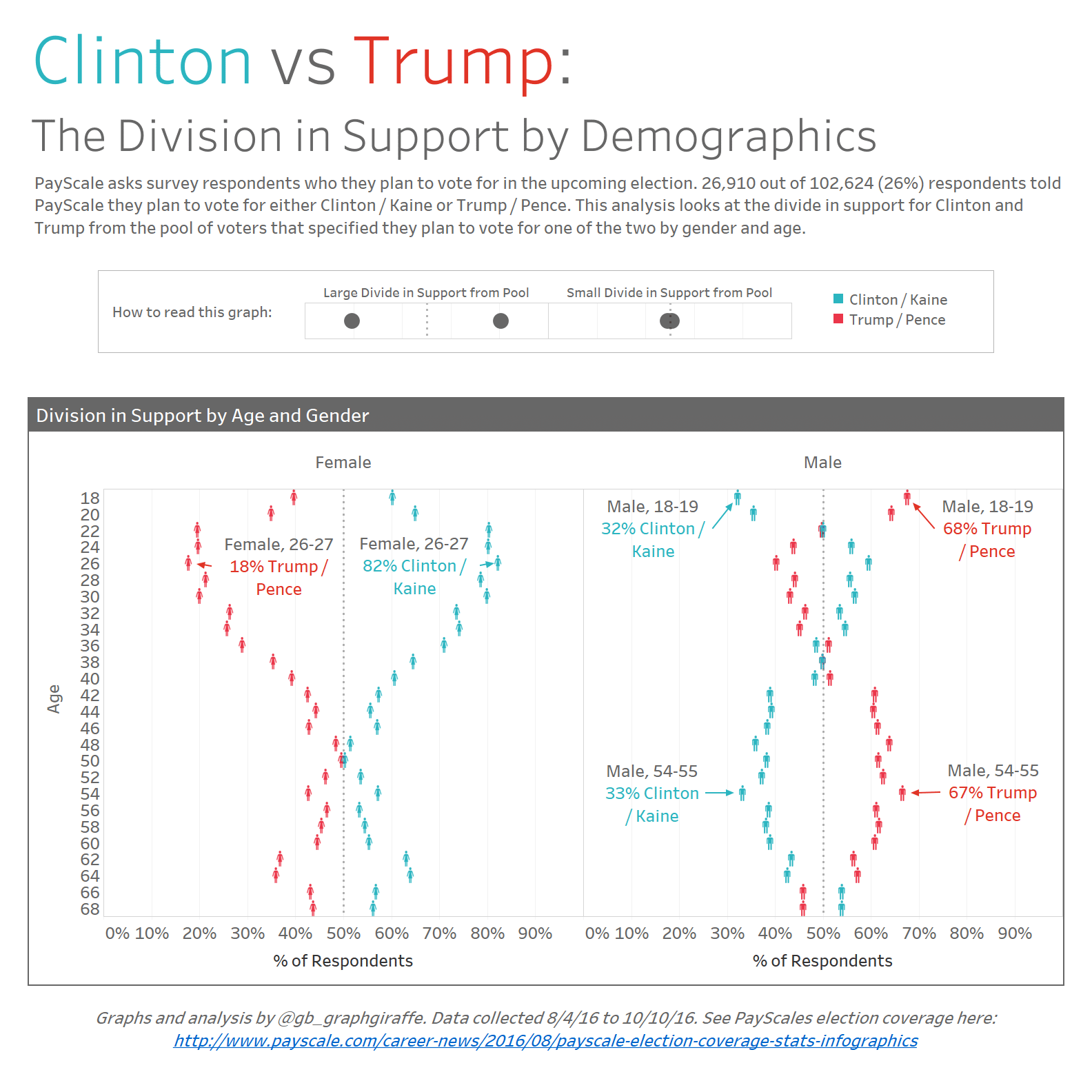 The division in candidate support grows smaller with age for females.

Seventy-nine percent of female millennials (18 to <33 years old) who specified they plan to vote for either Clinton or Trump plan to vote for Clinton, leaving only 21 percent who plan to vote Trump. This is the biggest split for any gender/generation combination. The split for female baby boomers (50 to <69 years old) shrinks to 55 percent for Clinton vs. 45 percent for Trump. Interestingly, male millennials have a similar split as female boomers (54-46 percent in favor of Clinton). Unlike females, the division between male support grows with age — 62 percent of male baby boomers plan to vote Trump. 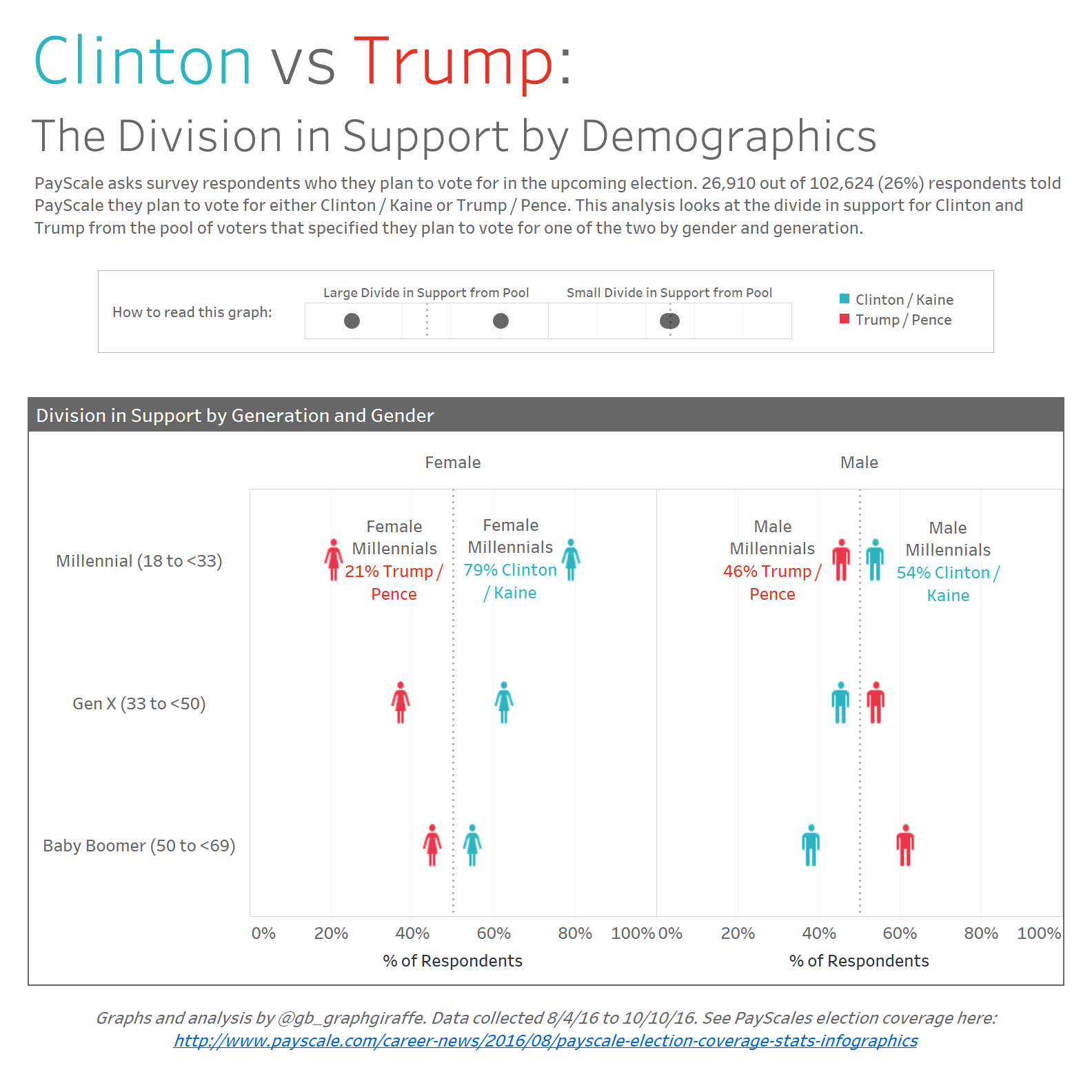 This is a four-part series. Stay tuned daily to see candidate support by (1) gender and income, (2) educational level, (3) gender and age, and (4) U.S. metro.

Thoughts on how our users’ gender, salary, job title, education level, or industry might influence their political choices in the election? If so, share your thoughts with our community on Twitter. You can also leave your story below in the comments section.