The Cost of Watching the Olympics at Work: $650 Million

The 2012 London Olympics have just gotten underway, but business owners are likely already feeling a productivity lull. Captivate Network estimates that the time employees waste by watching the Olympics at work could cost U.S. businesses $650 million. That blows the reported $175 million productivity loss due to March Madness out of the water.

Two factors driving this phenomenon are the London time zone and the ability to stream events live. Many key events are being held right in the middle of the workday, and workers don’t need to retreat to a break room to see the action. Captivate found that 12 percent of Americans plan to watch the games at work; a Yahoo! Sports survey placed that figure far higher, 43 percent.

The widespread availability of live streams of the Olympic Games adds another problem: slowed-down Internet connections due to bandwidth hogs. “It brings us back to the age-old question, ‘Why is the network so slow today?'” said Jim Melvin, chief executive officer of AppNeta, to SmartMoney. “I would say [the Olympics are] a billion-dollar event.”

Although employees are most likely checking in on the London Olympics during the workday, managers shouldn’t fret or place overbearing restrictions on their teams. After all, workers already put in 365 hours of unpaid overtime a year.

Is Self-Employment Less Risky Than Getting a Job?
Marissa Mayer Rolls Out Google-Inspired Perks at Yahoo
Is Your Stressful Job Aging You? 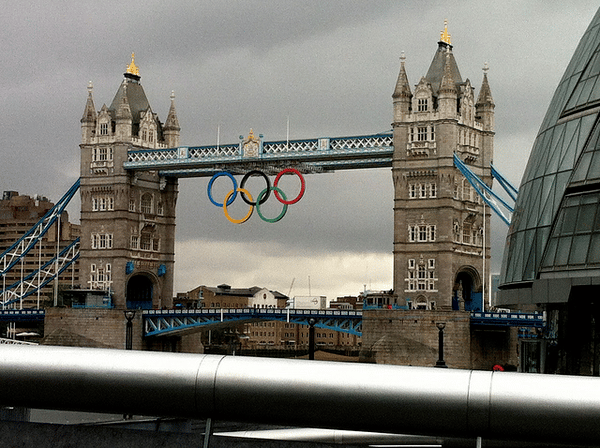