How to Deal With the Office Gossip 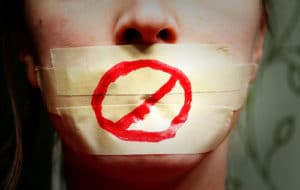 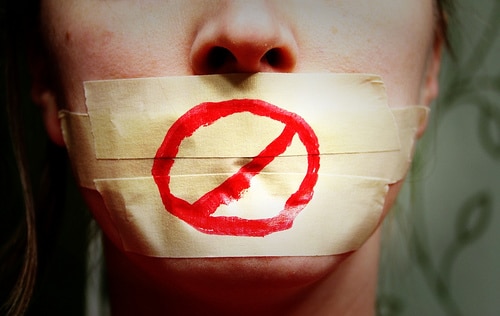 We spend most of our waking hours at work, so it’s only natural to make friends at the office. Those relationships can also be beneficial. In addition to the obvious productivity benefits of getting along with folks on your team, there’s also something to be said for networking while you’re on the clock. Eventually, you and your colleagues will move on to other jobs, and when you do, your strong ties might help you both find new opportunities.

That said, there’s a potential downside to getting too close to your coworkers: it’s all too easy to grant your colleagues more trust than they might have earned. This is particularly a problem when you work with people who have a tendency to gossip.

Office gossips are dangerous to your career. By luring you in with tidbits of news and opinion, they can convince you to work against your own best interests. Worse, there’s no telling when they’ll turn on you, and present your conversation as your sole opinion. Bottom line: someone who gossips about others to you will do the same in reverse.

It’s hard to put a stop to scuttlebutt, even if you’re in charge. Your best bet is to protect yourself:

“We stimulate a market for gossip because we prize four illusory benefits,” writes Joseph Grenny at Harvard Business Review:

Status. Access to gossip confers social status — we feel we are part of a privileged group who’s “in the know.”

Intimacy. It creates the illusion of intimacy between the sharer and the recipient. Our mutual secret creates a collusion that feels like connection.

Trust. The passing of illicit information is always accompanied by an explicit or implied request for confidentiality. Karen’s colleague’s unstated demand was that she not tell the boss he passed this to her. This creates a suspect feeling of trust between the two.

Accuracy. Because we crave the illusory status and credibility gossip carries, we have an incentive to endow it with greater credibility. We want to believe it.

Don’t fall for these illusions. Someone who tells you stories about another person isn’t necessarily doing so because they trust you or hold you higher esteem. You might just be in the right place at the right time. In any case, there’s no way to tell what they’re saying about you to others on the team.

“If you tell the truth, you don’t have to remember anything,” Mark Twain once reminded us. And if you don’t participate in gossip, it can never come back to bite you.

As a general rule, it’s wise not to say anything to one team member that you wouldn’t reveal to all of them. Secrecy can be used against the secret-keepers.

The most important thing is to set boundaries for yourself, and stick to them. Don’t participate in gossip, and eventually, people will stop trying to make you. Eventually, the issue will resolve itself … or become other people’s problem. Either way, you’ll be secure in the knowledge that you stayed above the fray.

What advice would you add? We want to hear from you. Talk to us in the comments or join the conversation on Twitter.