Do Hairdressers Have the Most Secure Jobs in America?

The Wall Street Journal recently profiled a job sector in which demand has been and continues to be strong: personal service jobs like hairdressers, nurse’s assistants and housecleaners. What’s driving this growth? Essentially, these are among the only positions in the U.S. that can’t be automated or exported.

“You can’t send people to China or India for a haircut,” quipped 37-year-old barber Israel Kakuriev, who has already been in business for 20 years. He’s right. The Massachusetts Institute of Technology ran some numbers and discovered that between 1989 and 2007, the number of clerical jobs, machine operator and clerical jobs went up 5 percent. The number of personal service jobs, however, increased 36 percent. Even during the recession of 2007 to 2010, when jobs disappeared and the economy imploded, personal services jobs increased by 2 percent.

These jobs may be abundant, but they don’t necessarily pay well. “These aren’t going to be high-paying jobs because the skills are quite generic,” MIT economist David Autor told the WSJ. “Anyone can be productive at them in the next day or two. If you had to choose which jobs you’d want to go away, you’d pick these low-wage jobs, not the middle-skill ones.” 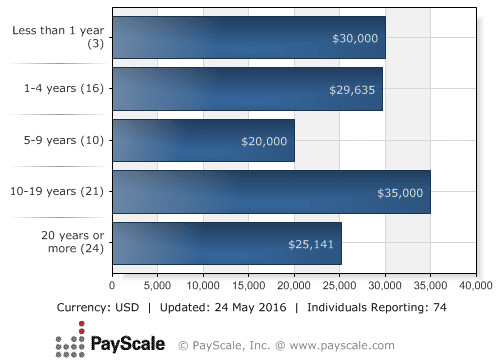 Do you work in the personal care industry? How has the recession affected your income? 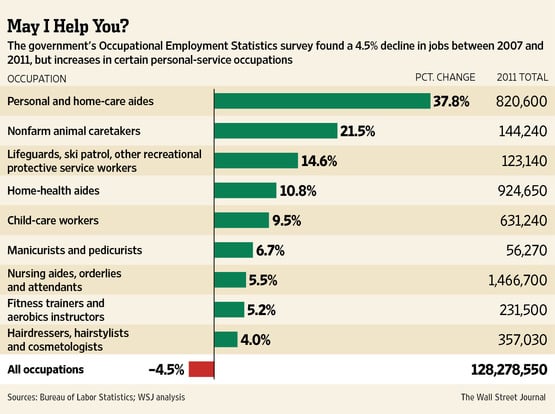