Do You Have One of the Unhappiest Jobs in America?

When you’re shopping for your next career, you’re probably most interested in which jobs have the best long-term growth potential. After all, there’s no sense in shelling out all that money on retraining, only to have your new gig disappear in a couple years. But a recent study highlights another very important, often overlooked factor: Your job should make you happy, or at the very least, not torpedo your chances of feeling OK most of the time.

CareerBliss compiled 100,000 employee surveys from February 2011 to January 2012 to see which were the unhappiest jobs in the country. They based ratings on factors like work-life balance, relationship with the boss, compensation, corporate culture, and control over day-to-day work. From this, they created a list of ten jobs that are least likely to promote a general sense of Monday-morning glee. Here are the top three:

With a salary of $29,641 and a “bliss score” of 3.510/5, security officers won (lost?) the top spot on the list. Surprisingly, the low score wasn’t inspired by long hours or night shifts, but rather a lack of opportunity for growth and advancement.

A surprise entry in the list, RNs have a high sense of purpose, but often run into issues with management and the culture of their workplaces, according to the survey. Nurses earn average salaries of $60,857.

Teachers often love their work and their colleagues, according to the report, but experience a lack of support and opportunities and lower rewards for their work, including average salaries of $43,663.

4 Questions to Ask Yourself When Switching Careers

Can You Trust Employees to Work From Home? [infographic] 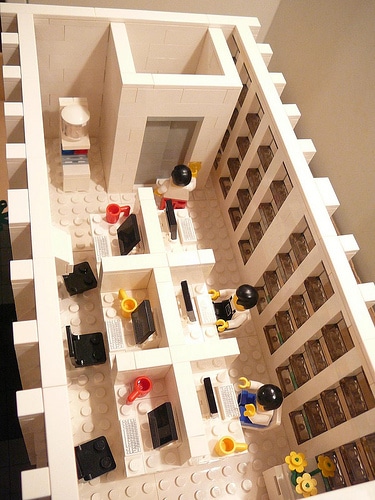