Do You Live in One of the 10 Smartest Cities in North America?

We know your city is pretty smart — after all, you live there, don’t you? But when Fast Company went looking for the smartest cities in North America, they were looking for more than the median IQ of the residents. They were looking at a combination of people, economy, environment, government, living, and mobility.

The full list is here. Below are the top five smartest cities in North America:

1. Boston. The Hub of the Universe contains over 70 universities and colleges, and the Innovation District initiative, which is a mayor-sponsored “entrepreneurial ecosystem.”

2. San Francisco. The city is No. 1 on the Siemens Green City Index and is home to many of the world’s most famous tech companies, including Instagram and Twitter.

3. Seattle. Payscale World Headquarters is located in beautiful Seattle, but if that doesn’t impress you, then we’d also like to point out that Seattle helped set up the U.S. Mayors Climate Protection Agreement and has the highest economic performance ranking of any of the U.S. cities ranked for this list. Also, we track waste with RFID and use Twitter to find stolen vehicles. So there.

4. Vancouver. Second only to San Francisco on the Siemens Green City Index, Vancouver is an up and comer in the smartest city rankings. It also rates high in education, lack of crime, and climate.

5. New York City. When you think NYC, you probably don’t think “green.” But its excellent public transit, high walkability rating, and spot as the leader of the Clinton 40 Climate Initiative secure the city a spot in the top five. 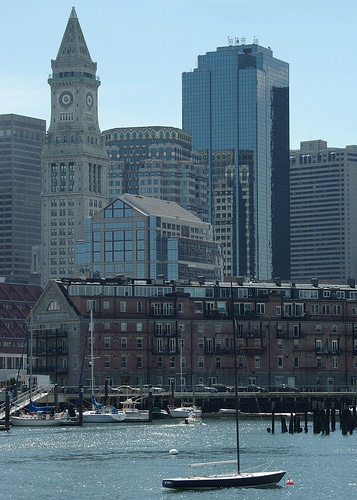