Did Donald Trump Bring 5,000 Sprint Jobs Back to the US? 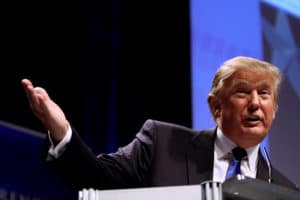 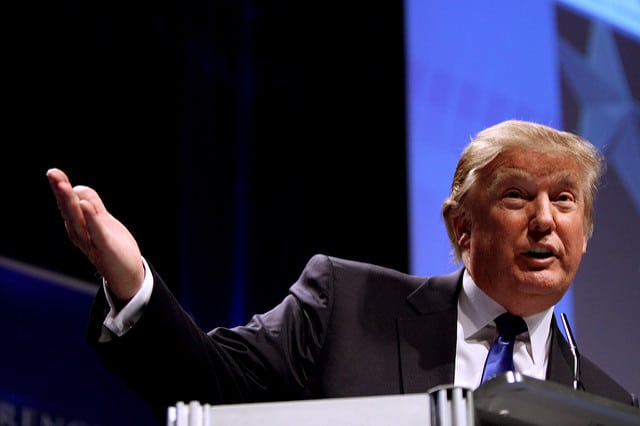 “I was just called by the head people at Sprint and they are going to be bringing 5,000 jobs back to the United States, they are taking them from other countries,” Trump announced from Mar-a-Lago in Florida. “And also OneWeb, a new company, is going to be hiring 3,000 people. So that’s very exciting.”

Both deals are part of a previously announced agreement with SoftBank, which owns about 80 percent of Sprint and has invested $1 billion in OneWeb. Earlier in December, Trump and SoftBank CEO Masayoshi Son announced that SoftBank would invest $50 billion in the United States and create 50,000 jobs. In an emailed statement, Sprint told reporters that the 5,000 jobs are part of the total, but will be funded by Sprint.

How Much Credit Should Go to Trump?

According to Trump, SoftBank would not be creating jobs if Hillary Clinton won. But as The New York Times points out, SoftBank’s plans predates the election.

“Trump earlier claimed the SoftBank investment was a direct result of his election,” writes Jacob Pramuk at CNBC. “However, the $50 billion will come from a previously announced $100 billion investment fund set up with Saudi Arabia, according to Dow Jones, and SoftBank has a long history of investing in the U.S.”

Sprint shed 2,500 jobs early last year, and has cut about 9,000 jobs since 2012. The LA Times notes that the total number of jobs at the carrier will probably be fewer than when SoftBank acquired its stake in 2013.

Sprint says that some of the 5,000 jobs will be at outside contractors, in customer service and sales roles. The company told The LA Times that details about pay and benefits were still being finalized.

The announcement was good news for shareholders.

“Sprint shares have more than doubled this year on improving subscriber gains and speculation that the company could revisit a long-speculated merger with T-Mobile US Inc., the third-largest wireless provider, under the Trump administration,” write Justin Sink, Michelle Jamrisko, and Olga Kharif at Bloomberg. “The stock rose as much as 2 percent Thursday.”

Sprint abandoned plans for a merger in 2013, when the FCC and Justice Department indicated they might oppose the deal.

Do you think Donald Trump will create jobs in the U.S.? We want to hear from you. Tell us your thoughts in the comments or join the conversation on Twitter.