Who Earns More — Women Who Reveal Their Salary History or Women Who Don’t? 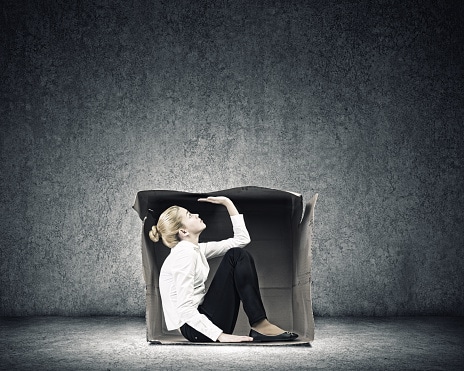 Your salary history is your business, and no one else’s — but that doesn’t stop hiring managers from asking anyway. (Unless you’re lucky enough to live in one of the few areas in the U.S. where asking about prior salary is illegal, of course.)

The question is, if asked, should you reveal your salary history or keep it under wraps? And the answer is very different, depending on whether you’re a man or a woman.

PayScale’s report, Is Asking for Salary History…History?, shows that while women are less likely than men to refuse to give their salary history — 20 percent of women say no, compared to 23 percent of men — they are also more likely to suffer a pay penalty when they do so. Women who refuse earn 1.8 percent less than those who reveal their salary history, while men who keep their past salary under wraps see a salary increase of 1.2 percent.

Women who refuse to give their salary history in interviews earn 1.8% less than those who reveal it.

The Burden of Likability

Why do women take a pay cut when they keep their salary history private? It probably comes down to cultural ideas about likability and different expectations for men and women — in other words, unconscious bias.

Bowles and coauthors Linda Babcock and Lei Lai published a 2007 study, Social incentives for gender differences in the propensity to initiate negotiations: Sometimes it does hurt to ask, which showed that both male and female evaluators judged women more harshly for initiating negotiations.

“Perceptions of niceness and demandingness explained resistance to female negotiators,” they wrote in the abstract of the study.

What Women Can Do to Boost Their Salary

To get the salary you deserve, Bowles suggests using a “relational account,” otherwise known as an “I-We strategy”:

First, you want to explain to your negotiating counterpart why — in their eyes — it’s legitimate for you to be negotiating (i.e., appropriate or justified under the circumstances). Sheryl says that in her negotiations with Facebook, she told them, “Of course you realize that you’re hiring me to run your deal team so you want me to be a good negotiator.” Sandberg wanted Facebook to see her negotiating as legitimate because, if she didn’t negotiate, they should be worried about whether they’d made the right hire.

Second, you want to signal to your negotiating counterpart that you care about organizational relationships. After pointing out that they should want her to be a good negotiator, Sheryl recounts saying, “This is the only time you and I will ever be on opposite sides of the table.” In other words, “I am clear that we’re on the same team here.”

When negotiating with a hiring manager for pushes for your salary history, this might mean giving it … but then refocusing the conversation on what really matters: working together to get you the compensation that’s appropriate for the role.

It helps to remember that this is in both your best interests. You can’t do your best work if you start off feeling underpaid and underappreciated … and they shouldn’t want to hire someone who takes less than she deserves.

Do you reveal your salary history during negotiations, or keep it under wraps? We want to hear from you. Tell us your thoughts in the comments or join the conversation on Twitter.