Farmworkers’ Wages Are Climbing, But So Are Labor Shortages 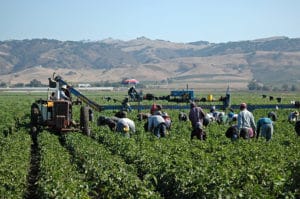 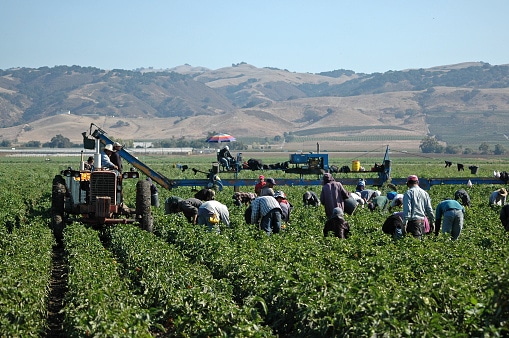 Farmworkers’ wages are on the rise, but farms are still having a hard time finding enough willing laborers to complete all the work that needs to be done. What’s caused these changes and how will this shift impact farms, farmworkers, and our economy?

Farm Work Is Beyond Tough

Agricultural work is different than other kinds of labor. It’s incredibly physically challenging, for one — back-breaking is a better description. It’s also dangerous. The time-sensitive and irregular nature of the work is another difficulty. Plus, Mother Nature loves to throw in some curveballs when she can, further increasing the challenge to farm owners and workers.

As a result of these difficulties, laws and regulations around agricultural employment have always been a little different than in other industries. Many of these policies are logical, given the nature of farming, while others seem designed to support the farm and keep food prices down, but at the expense of farmworkers’ wages and working conditions. The laws pertaining to age of employment and work hours are different than they are for other jobs, for example. These policies have led to pay and working conditions, even child labor practices, that are pretty hard to stomach in 2017.

United Farm Workers Union President Arturo Rodriquez says that most Americans can’t imagine what this kind of labor is really like:

“They really don’t have any idea what it is to work in agriculture today,” Rodriquez told VOA News. “We’ve just gotten so far away from that type of society that people have forgotten.”

The nature of the work itself explains the labor shortage problems a lot of farms are experiencing today. Due to changes in immigration policies and rhetoric, the undocumented immigrants who generally fill these jobs are opting out in higher numbers, leaving the crops to rot in the fields. And these jobs aren’t being picked up by unemployed Americans looking for work. This hasn’t changed even though some farmers are paying more than they used to — as much as $41,000 per year at a vineyard in Napa Valley, according to Marketplace.

People 'really don't have any idea what it is to work in agriculture today.' - Arturo Rodriguez

Changes to immigration policies and laws during the Obama administration are largely to blame for these shortages. A record-setting 2.7 million people were deported during his tenure. Other factors have contributed as well, such as an improving economy in Mexico and a slow U.S. recovery from the recession. President Trump’s immigration policies and rhetoric are also having an impact.

“The (farm labor) system was designed for workers to go back and forth, coming to the country to work and then returning home when the harvest was done,” Dave Kranz, a spokesman for the California Farm Bureau told the San Francisco Chronicle. “But since 9/11, it’s been much more difficult to come and go, especially come.”

American workers aren’t stepping up to fill these available farm-work positions, and this shouldn’t be a surprise. Shortages have been a problem for quite some time. But, American workers don’t seem to want these jobs, even in areas where unemployment rates are high.

If this problem persists, farmers won’t have many options. They’ll have to continue to raise wages until they hit a mark that compels available workers, undocumented or otherwise, to fill the positions. They might also change the crops they’re planting, or resort to automation as much as possible. These changes, in turn, will likely impact food prices. And, food prices really matter for American families’ bottom line.

The future of agriculture in the U.S. is unclear at the moment. But, one thing is for sure: Americans are gaining a new appreciation for agricultural laborers’ work and contribution. That appreciation will continue to grow if things go in the direction they’re headed now.

What do you think we should do about the labor shortage in agriculture? We want to hear from you! Leave a comment or join the discussion on Twitter.