The latest update to Apple's Find My Friends app introduces a geo-fencing feature that enables users to notify friends when they enter or leave a designated area. For example, you could set the app to notify friends when you're leaving the gym or have arrived at home. Mashable points out, though, that Apple employees are using it for another purpose: office check-ins.

"We hear some Apple employees are already using this feature to let their bosses know when they've arrived at the office — and even when they've left their house," wrote Mashable contributor Chris Taylor. This use essentially turns the iPhone and its Find My Friends app into a digital punchcard that doesn't require intervention from the employee.

This feature holds great promise for those who don't mind oversharing with friends, but it's not without drawbacks. Your boss will instantly know when you sneak in the side door late or decide to leave early when she's out of the office. On the other hand, the app can automatically convey that you're running late, saving you precious time to sprint to the subway or sit idly in traffic.

Would you ever use an app like Find My Friends at work? 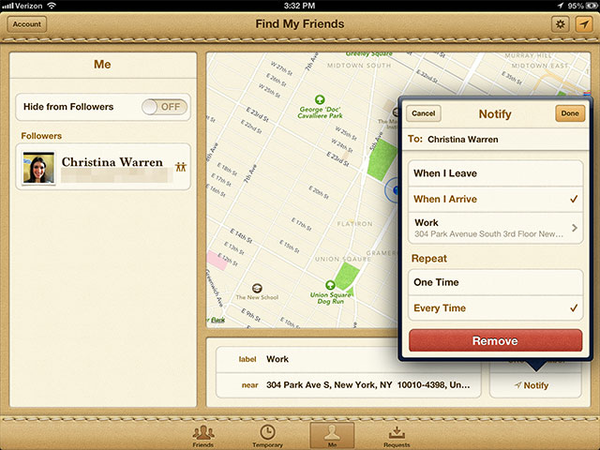