Today's edition of the New York Times features an unusual op-ed from Goldman Sachs executive Greg Smith called "Why I Am Leaving Goldman Sachs" that announces his departure from the company. In the piece, Smith slammed the culture at Goldman Sachs as "toxic and destructive" and some of its leaders as "morally bankrupt."

"To put the problem in the simplest terms, the interests of the client continue to be sidelined in the way the firm operates and thinks about money," Smith wrote. Then, later in the piece: "It makes me ill how callously people talk about ripping their clients off. Over the last 12 months I have seen five different managing directors refer to their own clients as 'muppets,' sometimes over internal email." How will his statements affect the public's perception of a much-maligned industry?

The op-ed has made its rounds on the Internet this morning, and as the workday begins on the West Coast, Goldman Sachs and Oppenheimer & Co. have already issued statements about it. A spokesman for Goldman told the Wall Street Journal, "We disagree with the views expressed, which we don't think reflect the way we run our business. In our view, we will only be successful if our clients are successful. This fundamental truth lies at the heart of how we conduct business."

The chairman of Oppenheimer forwarded the New York Times op-ed to his staff with a note that says, in part, "At Oppenheimer we work hard each day to support and service the investment needs of our clients. We do not trade against them and have not built a firm around a proprietary trading book that requires our clients to lose in order for us to win. We largely act as agent and sit on the same side of the table as our clients. We benefit when they do." (If you're interested, you can read the whole memo at Gawker.)

There have even been parodies of Greg Smith's op-ed. Mashable has found three so far, including one penned by "Darth Vader" called "Why I Am Leaving the Empire" and another by Michael Comeau called "Why I Am Applying for an Executive Director Position at Goldman Sachs."

What do you think about Smith's vocal and very public resignation letter?

Employee Resignation Up in 2012: Should Employers Be Worried?
Love and Salaries on "The Bachelorette" TV Show
The Right Way to Say, "I Quit!" 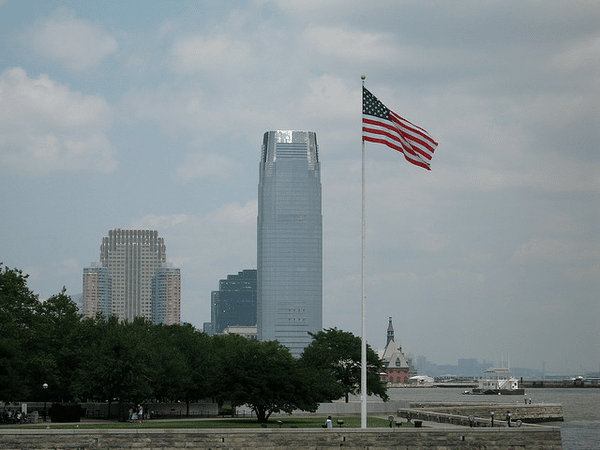