Feeling the Pinch From the Government Shutdown? Maybe It’s Time to Switch Jobs. 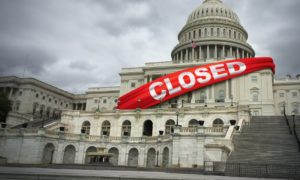 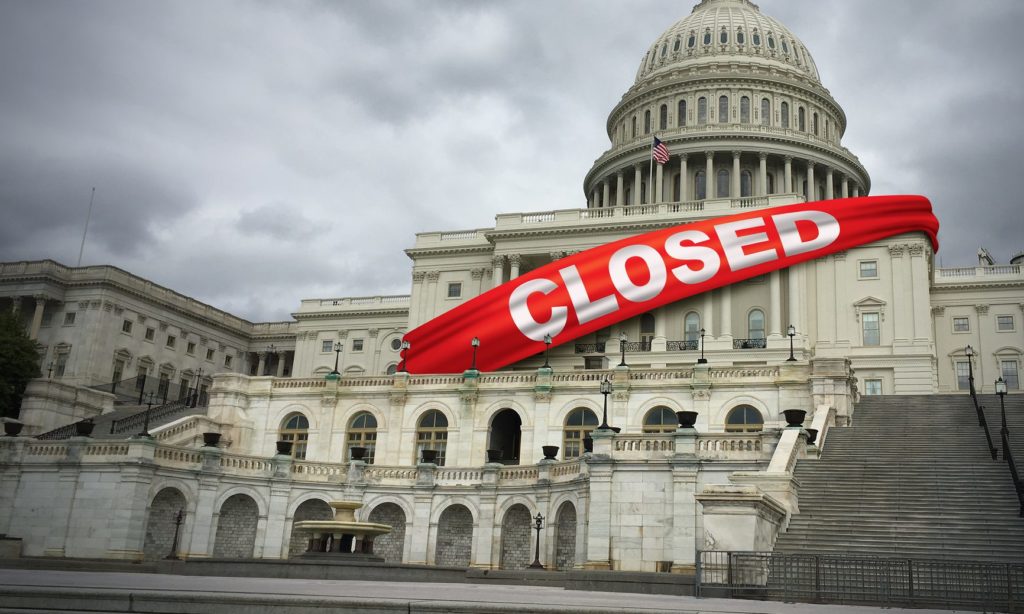 The latest government shutdown is the third since Donald Trump became president. Various departments and agencies are closed or partly closed until the legislative and executive branches agree on a solution (or Congress overrides a presidential veto or passes a continuing resolution). These include Agriculture, Commerce, Homeland Security, Justice, Interior, State, Transportation, the Consumer Product Safety Commission and the Federal Trade Commission.

Government shutdown effects are many and varied, ranging from national park closures to a halt to marriage licenses in Washington D.C. If you’re a government worker, however, the biggest impact is on your bank account. Around 800,000 federal government employees are currently feeling the financial pinch of missing paychecks due to the shutdown. About 420,000 essential workers are working without pay during the shutdown, while 380,000 non-essential workers are furloughed (unpaid, but not required to come in to work). Thousands of federal contractors are also going without pay. Historically, federal workers are paid after a shutdown ends … but contractors may never regain their lost wages.

This chaos isn’t happening because of anything fundamentally broken with the American economy. The latest job figures closing out 2018 broke all expectations and unemployment is as low as it has ever been. Given all the uncertainty, now may be the time the time for government workers to think about moving into the private sector. When a government agency is seriously suggesting that their employees should have a garage sale to cope without pay, surely there are better career opportunities out there….

Where Are the Best Opportunities?

But which jobs are the best fit for former government workers? PayScale’s survey data offers some possibilities.

To identify the industries with the best employment prospects, we studied the recently updated PayScale Index to identify which had seen the most wage growth since 2006. Those industries were:

It’s no surprise to see the Technology and Engineering and Science sectors leading the way in terms of wage growth. These two sectors have broad influence across much of the modern economy and will continue to drive the job market into the future as technology becomes more integrated across all facets of day-to-day life.

The broad economic expansion post the Great Recession has also provided a boost to industries that have facilitated the current economic growth cycle, which in this case are the Finance and Insurance and Energy and Utilities sectors.

Naturally, the next question is how does one get into those top-performing industries? We approached this problem by looking at PayScale’s proprietary compensation model to study which skills were most in-demand by each sector. We also looked at what kinds of compensation a job seeker would see if they had an in-demand skill.

To Move Into Energy & Utilities…

If you’re currently working in government regulatory fields such as the FDA or the EPA, you have several key skills to offer private-sector employers.

To Move Into Tech…

In-demand skills in the tech industry generally revolve around the mastery of specific advanced scripting languages. These languages offered the most significant pay differential:

Advanced scripting knowledge has greatly contributed to the growth in the tech sector over the past decade. However, this has also created interesting trends regarding finance and accounting requirements in tech; especially for tech companies operating a software as a service (SaaS) business model. These employers value the following skills:

These types of jobs include Payroll Analysts, Human Resource Administrators and Accountants.

This trend makes sense given the waves of IPOs in the life science/biotech industry occurring over the summer along with an all time record of new drug approvals from the FDA in the past year. More traditional life science skills also show salary premiums with skills such as Oncology and knowledge of Bioinformatics seeing commensurate salary increases of 11.7 percent and 11.4 percent respectively.

While many of these skills fall into leadership roles, government workers who have been in Emergency Management Specialist roles, Program Managers or Change Management positions could excel in this sector. On the financial side, there is high demand for Financial Analysts as well.

To Move Into Fintech…

As the technology and scientific research companies require more complex accounting procedures and long-term strategic planning, so does the Finance and Insurance industries require more technology solutions; especially with the rise of financial technology firms (or “fintech”).

From 2010 through 2017, over 3,330 new fintech firms were in the market, accounting for over $22 billion in financing power. This represents a 13-fold increase in overall financing liquidity, making these new firms a major player in the financial world. Indeed, these new types of non-bank firms now account for over half of all home mortgages — a sector typically dominated by traditional banking institutions.

The rapid rise of fintech has drastically altered the most valuable skill set for financial industries broadly, aligning more closely with the tech sector. Complex, technology driven financial models now require intense computing requirements and so it was no surprise to find that skills in Cloud Computing and Amazon Web Services represented some of the largest boosts in salary by skill in the financial sector:

The maintenance and storage of vast quantities of financial data also drives a need for skills in Database Administration, which was found to command a premium of 11.4 percent in pay. The explosion of fintech firms has also lead to fierce competition for customers and we found a pay premium for skills in React.js (a user interface tool) and Search Engine Optimization (11.2 percent and 11 percent boost in compensation respectively). These two skills help direct potential customers to fintech websites and help customers intuitively navigate their products for ease of transaction.

Is It Time to Move On?

Gone are the days when a government job meant job security. But there are pluses and minuses to both public- and private-sector work.

You may find that your skills translate to higher earnings in private industry, for example. On the other hand, tenure at private companies tends to be significantly shorter. Retirement benefits are also more likely to rely on 401(k)s and other market-dependent plans. It’s important to take these issues into consideration before making a decision.

If you do decide to take the leap, now’s the time to assess your skills and determine their value on the job market. Take our survey and find out how much you could be earning in the private sector.

Are you a government worker who’s thinking of moving to the private sector? We want to hear from you. Share your story in the comments or join the conversation on Twitter.

To determine the fastest growing industries, we leveraged our proprietary PayScale Index to study wage growth across macro economic sectors since 2006. The methodology for the PayScale Index itself can be found here: https://www.payscale.com/payscale-index/compensation-trends-methodology

We found that four industries showed the most wage growth since 2016 through 2018. Those industries were:

Median Pay: The median pay is the national median (50th percentile) annual total cash compensation for the needed jobs. Half the people doing these jobs earn more than the median, while half earn less. This measure is not used in the ranking.

Hot Skills in 2018: A hot skill is defined as a skill that commands a high premium in terms of pay. We determined the marginal benefit of a skill or each skill within each of the four selected industries in our database leveraging PayScale’s proprietary compensation model. The methodology for the compensation model can be found here: https://www.payscale.com/about/methodology. The pay premium those skills has is represented as a percent boost over the average pay of a respondent without that skill.