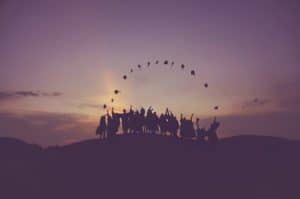 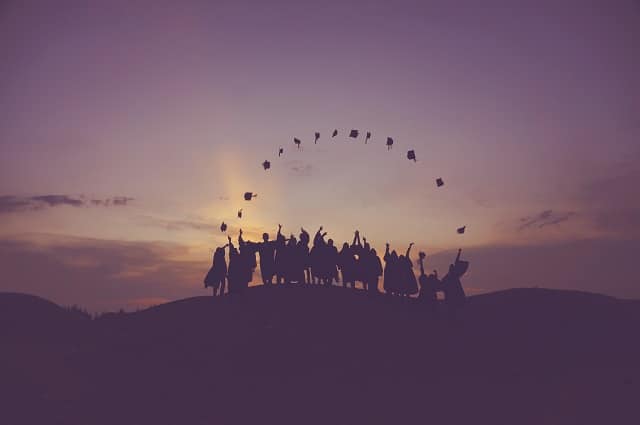 Employers say they plan to hire 5 percent more new grads this year than last year, according to recent data from the National Association of Colleges and Employers. The NACE surveys employers twice a year in the spring and fall to determine the hiring outlook for graduating students.

“We are looking at a rosier picture today for college grads,” said Elise Gould, a senior economist at the Washington-based Economic Policy Institute, in a recent interview with The Baltimore Sun. “Things have definitely been improving. … As we add more jobs, jobs are being offered to people across the spectrum.”

The Sun also notes that unemployment for recent grads has declined to 5.6 percent, according to figures from the Economic Policy Institute — approaching pre-recession levels.

The current projection of 5 percent is down slightly from the last survey in the fall, which forecast 5.8 percent growth, but is consistent with the last few surveys, the NACE says. The decrease may be due to reduced hiring of international students.

Of course, just having a job isn’t the full picture of post-college employment. Sixty-eight percent of graduating seniors had student loan debt in 2015, according to The Project on Student Debt, with an average debt-load of $30,100 per borrower. To pay off their student loans and realize a return on their tuition investment, new grads want good jobs — meaning jobs in their field and jobs that pay good wages.

Data from the Federal Reserve Bank of New York shows that underemployment for recent grads has decreased by about 2 percentage points since its height after the recession.

“About 44 percent of recent college grads were employed in jobs not requiring degrees in the final quarter of 2016, not far from the 2013 peak of 46 percent, while the share of that group in low-wage positions has held steady,” writes Steve Matthews at Bloomberg.

On the other hand, Jeffrey Dorfman at Forbes argues that a recent New York Fed report is “skewed by a faulty assumption.”

“…different employers may have different requirements for the same occupation,” he writes. “While one restaurant might say no college degree is required to be its manager, another says the opposite and actually gives the manager enough responsibility and tasks to truly require (and fully employ) a college graduate. Yet, under [this approach], if 49 percent of restaurant managers use a college degree and 51 percent don’t, all the ones with college degrees will be wrongly counted as underemployed.”

Recent grads, does this report reflect your experiences in the job market? We want to hear from you. Tell us your thoughts in the comments or join the conversation on Twitter.