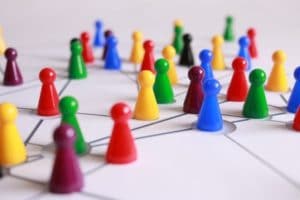 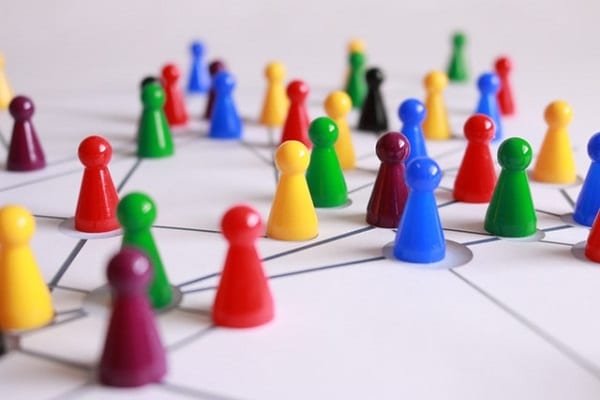 Everyone knows that networking is the best way to find a new job and get hired. In fact, experts say that up to 85 percent of open jobs are filled through networking. But what do you do when you don’t have a robust professional network at your fingertips — at the beginning of your career, say, or when you’ve recently moved to a new city?

Even successful entrepreneurs can run into this challenge, if their career takes them outside the reach of their existing network. I recently spoke with Alex Armstrong, PayScale’s Director of Product, to get advice on how to build a network that creates opportunity — plus get some insight into working on the business side of software. Read on to learn a little bit about Alex and hear his advice to people looking to launch and navigate their careers.

Alex started college as an undergraduate at the University of Alaska, but after one year decided that he wanted a more “traditional” college experience and transferred to Western Washington University. Alex was drawn to this university because it happened to have both an accounting and a computer science program. (At the time, Alex thought he wanted to spend his life writing accounting software.)

As glamorous as accounting software is, the limited career prospects he quickly anticipated led him to switch to WWU’s Management Information Systems (MIS) program. Alex graduated with this degree in 2002, but struggled to find a job in Washington because of a widespread hiring freeze after 9/11.

Through a friend, Alex managed to get in touch with a recruiter from General Electric and land an internship with the company, which eventually led to his acceptance into their Information Management Leadership Program. This was his first experience leveraging his network to find a job, and wouldn’t be his last. In this program, Alex had the opportunity to learn directly from numerous leaders within the company.

At the end of the two-year program, Alex began working full-time with GE and had the opportunity to join the company’s fledgling Home Mortgage Unit. This was a unique experience because it had the fast-paced environment of a startup, but had all the resources and backing of an internationally recognized brand.

In 2006, when GE recognized the writing on the wall that foretold the 2008 financial crisis, Alex worked to help close down the unit he had just helped start two years prior. Alex lost his job with everyone else after the unit was closed down, but he found the experience of growing and closing a business in such a short time to be invaluable later in his career.

Never one to let a good crisis go to waste, Alex spent his newfound free time applying to and ultimately being accepted to the Tuck School of Business at Dartmouth. Two years later, Alex graduated from Tuck with an MBA and co-founded a business, Scrum.org, which provides training and consulting for improving software delivery. After growing the company for four years, he and his wife were looking for a change and decided to pack their bags for Seattle.

Moving away from his professional network was challenging for Alex. When you build a company, you are also building a network of human infrastructure in and around it. Upon his arrival in Seattle, Alex set out to rebuild his network by leveraging his alumni network, especially from Tuck.

Alex ended up meeting with over 50 people at dozens of companies in Seattle to start building the bridges necessary to successfully navigate a career in a new city. His selection criterion for his next role? A company that really understood how to build software with agility, and what a tremendous strategic advantage that could be.

The one company he met with that satisfied this criterion was a company called Qumulo. He focused on scaling innovation and culture at Qumulo for almost two years before it was time for his next challenge. Fortunately for him, one of those 50 people was Barnaby Dorfman, Chief Engineering Officer at PayScale and fellow Tuck alum.

After a brief consulting contract with PayScale, Alex was hired full-time as the company’s Director of Product. In this role, Alex sits in a node between all the departments at PayScale. He has the difficult responsibility of coordinating the product desires from customers, sales and marketing to ensure that the development team “builds the right thing, in the right way, at the right time.”

Alex’s deep knowledge in Agile software development has helped drive positive change on the Product and Engineering teams here at PayScale. One of those changes includes moving the development team to two-week software release cycles. This rapid cycle forces the team to focus on the most important features and continuously provide value to customers.

But Alex finds that he also leverages skills and experiences from all his previous roles, often in unexpected ways. His degree in MIS gives him a great baseline for talking about data and structures with dev teams. Starting a company required him to ruthlessly focus on the most important things every single day, which he benefits from in his current role. And exposure to large company and product failures greatly influences how Alex structures work to minimize risk and maximize customer value.

Alex’s first manager at GE gave him some advice that has guided him throughout his career: in the world of business, your primary focus must be results and achievement. At the end of the day, it doesn’t matter how hard you work if you have nothing to show for it. This advice is particularly relevant in the software industry where it is FAR too easy to do things that don’t actually bring value to customers. The best designed software, built in the best way with the best tools, is worthless if a customer isn’t getting value from it.

Alex has never really had a detailed plan for his career path and has lived his life pursuing the opportunities in front of him. Throughout his career, Alex has felt that if he was working with good people, and learning something new, he was in the right place. The moment he stops learning in a role however, he knows it is time to move on. This approach has led to career moves that most would question — such as leaving a stable job (multiple times) without having another job to move to. Alex has made a point of living well within his means so that those moves are possible. Although he acknowledges that spontaneously leaving a job is not advisable for everyone, he feels that it is very important to “always be learning” and advises people “not to tolerate situations where you are not able to do your best work.”

Alex's advice: Don't tolerate situations where you're not able to do your best work.

Because of this, Alex believes no experience is wasted experience. If you are starting out or at a crossroads in your career and don’t know what’s next, bite the bullet and just do something. The important thing is to keep moving forward. You may not find your dream job or career, but at the very least you will knock something off the list of possibilities and pick up skills and experiences that you will use in the future.

My previous interview subject, Scott Pogue, also started his career studying accounting. So naturally, my first thought after finishing my conversation with Alex was, “Wow, did everyone at PayScale have accounting aspirations in college?” (It turns out the answer is no — just Alex and Scott.)

Although they come from unique backgrounds and have taken vastly different career paths, both Alex and Scott stressed the importance of being a lifelong learner. This is especially important in the quickly evolving world of the tech industry.

Alex has always had a vague idea of what he wanted to do with his career, but has never had a concrete plan. Instead, he put himself in a position where he can live in the present and choose his path in real time based on his interests and aspirations. Much like I took a chance on choosing physics as my major, I hope to navigate my post-college life based on what feels right, even if it does not align with my initial plan.

Keep an eye out for next week’s post featuring one of PayScale’s talented data scientists: Casey Herron.

What’s the strangest zigzag your career has taken so far? We want to hear from you. Tell us your story in the comments or talk to us on Twitter.