Is Mandatory Vacation the Cure for Worker Burnout? 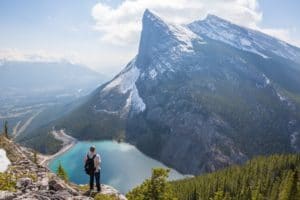 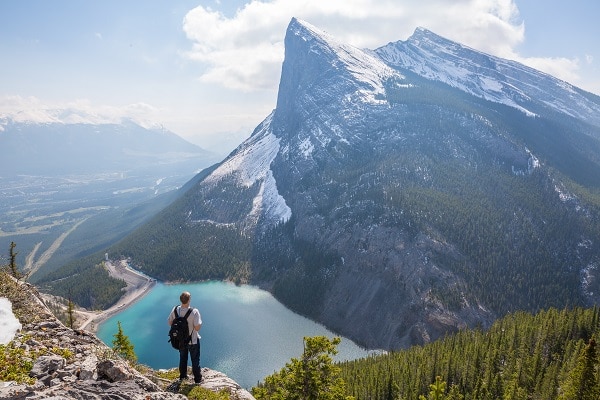 Not long ago, I was having a conversation with my mother about how guilty she feels when she takes time off from work. I’m not talking about sick leave here, either; I’m talking about the four weeks of paid vacation time that’s included, free and clear, in her compensation package.

She’s been in her role for nearly 15 years — which means over time, she’s probably accrued close to 65 weeks of paid time time off (in addition to her standard PTO, she was given a six-week sabbatical last year). Of that lump sum of time, she estimates that she’s maybe used half of it, at most.

This situation isn’t specific to my mother, either. Research shows that even in organizations where paid time off is unlimited, vacation time is used less often than at companies where a finite amount is offered. Many claim the policy helps employees self-regulate their use of paid time away, while others say an endless amount of time off is just a cover for an overworked staff and a nose-to-the-grindstone culture. While the offer to get away is always on the table, employees may be too slammed to think about picking up and taking time off. Further, as the Harvard Business Review tells it, there’s often a pervasive “warrior mentality” at play in some companies, where busyness is seen as a symbol of dedication, and an unwillingness to take time to recharge as an act of martyrdom.

Additionally, there’s an important distinction between allotting a set number of paid days off for vacation and sick time, and offering a lumped PTO policy. According to the ERC HR Insights Blog, gathering compensated time off into a PTO bank allows employers to focus less on policing the way employees use their time, and gives employees the freedom to manage their own work-life balance. Still, as with most HR practices, this system has its flaws. While this PTO policy offers employees the agency to call their own shots, it can often become so nebulous that employees forget to take advantage. A lumped-time policy removes the pressure of only using PTO for approved, uniform purposes, but on the flip side, has increased the social pressure of never wanting to be seen by coworkers as the one not pulling their weight. And without the “use it or lose it” mentality of a set number of days to spend, it can be tough to pull the trigger on PTO.

Further, thanks to today’s always-on mentality, even when we do take advantage of time off, it’s nearly impossible to check out completely. Between slyly responding to emails in between pool sessions or hopping on the phone to put out fires from afar, it’s tough not to wonder how common a true vacation really is these days. Whichever way you slice it, America’s PTO system is broken, and not even an unlimited pool of vacation time can fix it.

So, what’s the solution? According to that same Harvard Business Review report, it might just be a different kind of PTO policy: mandatory vacation.

Even when we do take time off, it’s nearly impossible to check out completely.

The Case for Mandatory Vacation

It’s no secret that American workers are burned out. Countless mounds of data substantiate as much, as does the rising cost of the United States’ mental health care spend attributed to over-exertion at work. Additionally, when compared to the world at large, America shows pretty poorly in the average amount of PTO offered, and trails behind in things like paid family leave, bereavement, etc. But a handful of companies and thought leaders have started testing mandatory vacation policies in an attempt to see if a forced break from the office might actually boost productivity and morale.

Early results seem encouraging, and have even shed light on what might just be the real problem at hand: it’s not so much the amount of time off that matters, but the approach. SimpliFlying recently tested a mandatory vacation model that required all employees to take a week off from work every seven weeks. Unplugging was mandatory for employees regardless of desire, and employees were even docked financially if they were found working during their vacation.

The idea stemmed from design mogul Stefan Sagmeister’s own personal model, wherein he takes a yearlong sabbatical every seven years to regenerate creatively. While the beta test did reveal a few kinks in the model (with a small staff, an office-wide week-long break every seven weeks isn’t always helpful), results showed a spike in both self and peer-reported creativity, happiness and productivity, at 33 percent, 25 percent and 13 percent, respectively.

Is It Really the Answer?

Requiring employees to take time off even if they don’t feel like they need it is certainly a more militant approach to the problem at hand, but it might just be the answer to today’s rising burnout rates. And if it’s not, maybe the answer is even simpler than that: acceptance.

As long as there’s a willingness from employees and management to embrace the power and necessity of taking time away and disconnecting fully, the number of days off starts to matter less. Further, if we can manage to develop new office norms — ones that characterize employees who take advantage of time off as taking responsibility for their performance, rather than shirking it — maybe we wouldn’t need such strict requirements to help people recharge. Indeed, maybe it’s a mind shift, and not a numbers game, that will be the wave of the future.

Mandatory vacation: yea or nay? We want to hear from you. Give us your thoughts in the comments or join the conversation on Twitter.