Is This Teen the Hardest-Working Person in America?

Would you walk ten miles in the snow just for a shot at a minimum-wage job? Indiana teenager Jhaquell Reagan did just that, netting himself a better-paying gig, media coverage, and almost 27,000 likes on Facebook in the process.

Reagan’s story starts out a sad one: after losing his mother two years ago, the teenager quit school to care for his younger siblings. He got his GED, but was unemployed when he heard about a job opening at a convenience store ten miles from his home.

One day in late February, during an ice storm, he made the journey to interview for the position. He didn’t have any money for bus fare, so he set out on foot.

Part-way there, he ran into local restaurant owner Art Bouvier, who was putting ice-melt on his parking lot, and asked him for directions. Bouvier advised him that the store was still seven miles away, and advised him to catch the bus. The teenager thanked him, and kept walking.

Some time later, Bouvier was driving home when he spotted the teen, still on foot. This time, Reagan admitted he didn’t have money for bus fare. Bouvier was so impressed, he gave him a ride — and a job at his restaurant.

So the next time your grandparents tell you about how they walked to school, three miles, barefoot, in the snow, tell them about Jhaquell Reagan, the hardest working teenager in the U.S.

We want to hear from you! Would you walk ten miles in the snow for a job? Leave a comment or join the discussion on Twitter, using the hashtag #MakeItHappen.

3 Things You Can Learn From Your Not-So-Dream Job 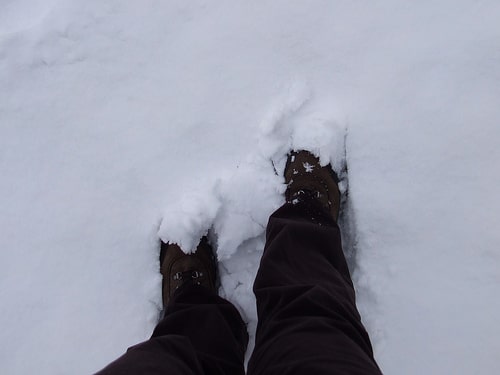