There are ways for managers to make the most of this, and maybe even boost office morale as a whole. TeamViewer suggests that companies get into the spirit of March Madness with at-work activities and bracket challenges. In fact, 86 percent of those surveyed say there are larger benefits to encouraging employees to participate in these types of activities, including feeling like a team (56 percent), reducing missed work days (44 percent) and building employee loyalty (46 percent). However, more than half still say their workplace would become more desirable if they were allowed to work from home during March Madness.

If you’re looking for your own March Madness distractions, be sure to check out our Salary Madness report tomorrow. We’ve analyzed who would win this year’s men’s college basketball championship if the rankings were based on alumni salaries. If you can guess which basketball powerhouse brings home the biggest bucks, you might even win a $100 Amazon gift card.

We want to hear from you! Will you be distracted at work during March Madness? Share your thoughts on Twitter or in the comments! 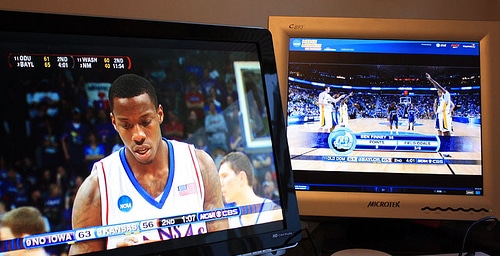