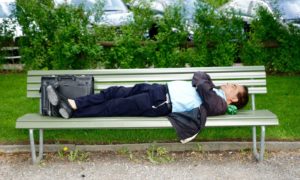 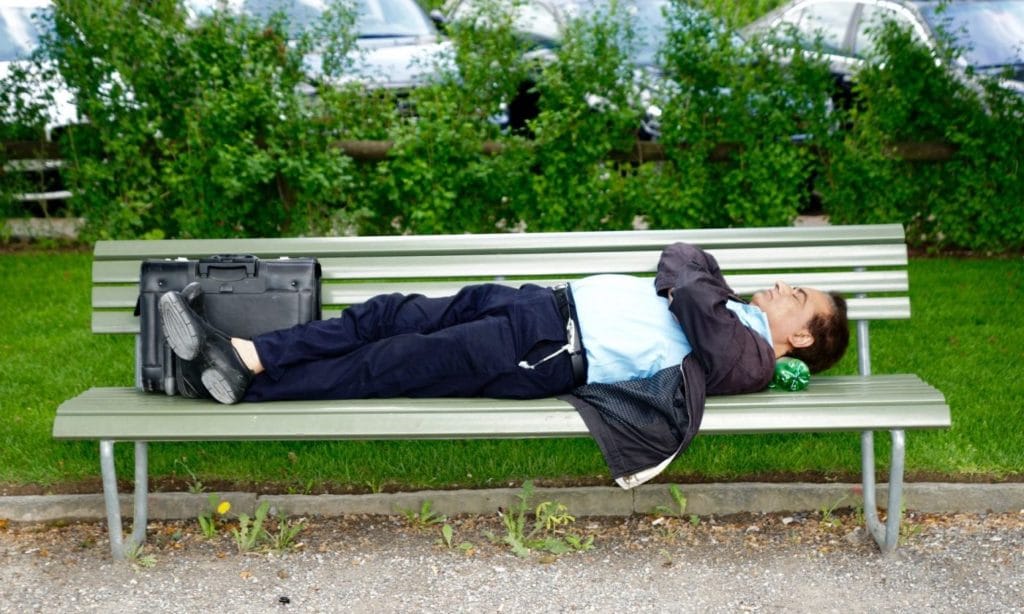 Would you sleep on the job? In recent years, at least a few companies have encouraged their employees to say yes.

But, while every office doesn’t boast a nap pod, many workers catch some shuteye at the office anyway.

A few results from their survey:

According to this research, some industries are more on board with the napping trend than others. The top three industries that allow naps at work are Arts, Entertainment and Recreation; Construction; and Marketing and Advertising.

Those who can nap, do: A whooping 93.2 percent of people who work for a company that allows napping on the job say they’ve exercised the privilege.

However, a workplace that doesn’t allow napping doesn’t stop the practice altogether. A fair percentage of workers, 46.3 percent, said they’d napped at work at least once even though their employer didn’t allow it. The top three industries that do not allow sleeping on the job are Transportation and Warehousing; Hotel, Food Services and Hospitality; and Finance and Insurance.

2. Some work environments are more conducive than others

Folks who work in a “roaming office,” like those in sales jobs, were the most likely to believe that napping makes workers more productive. Eighty percent of these individuals said napping increased productivity. Those who work from home or remote offices agreed, with 67.1 percent saying naps made workers more productive. Only 46.2 percent of those in “open-format production spaces,” like kitchens or laboratories, said they thought napping increased productivity. Other work environments fell somewhere in between.

The most popular place for workers to catch some extra Zzz’s was in their car or truck. Forty-one percent of those surveyed said they’d napped here. The next most common spot was a chair at thirty-eight percent. Some less common spots were the break room or cafeteria, 3 percent, and the bathroom, 3 percent. One percent of workers even said they’d napped outside in a park or on a bench.

The results of this survey were that, on average, the amount of time workers were productive didn’t change much as a result of napping. Those who didn’t nap at work reported that they had about 7.6 hours of productive time at work each day. Nappers reported 7.5 hours. However, non-nappers reported “getting slightly more done with their time.”

5. The jury is still out

There are mixed opinions about whether or not napping at work really boosts productivity. In terms of respondents’ perception of productivity, the majority of those surveyed, 56.2 percent, said that they believed that it did. However, 10.8 percent said that napping doesn’t increase productivity. Thirty-three percent answered “maybe.”

Research has shown that naps have a positive impact on cognitive function, creative thinking and memory performance. as well as offsetting the negative health effects of sleep deprivation. Still, many aren’t sure that napping at work is right for them or their company.

Do you think napping at work would help you to be more productive? We want to hear from you! Leave a comment or join the discussion on Twitter.