On #NationalCoffeeDay: A Brief History of Coffee in the Workplace 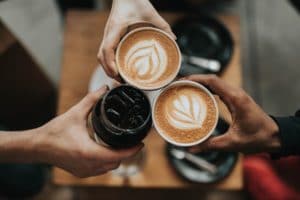 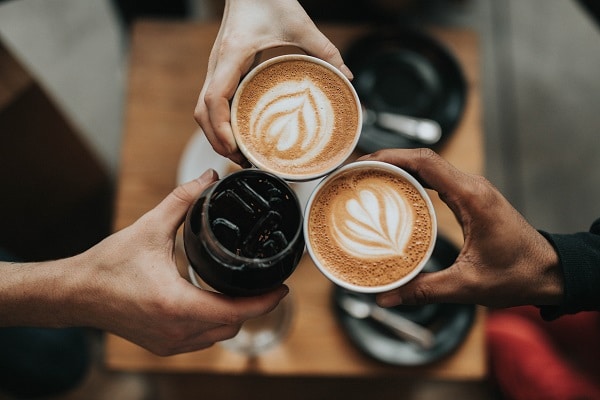 If you’re sitting in your office right now as you read this, how many coffee cups do you spy on your coworkers’ desks? How many people are congregating next to the coffee machine? Probably a lot. And for good reason. Coffee has been a workplace staple in America for more than a century. So in honor of National Coffee Day, let’s take a look backward in time to understand how this glorious beverage of the gods came to be part of working life.

The History of Coffee in the American Workplace

According to the Smithsonian, coffee was first introduced in the U.S. in 1900 by a San Francisco-based company called Hills Brothers. And in 1902, for the first time ever, coffee became a regular staple for American workers when companies like Barcolo Manufacturing Company made 15-minute breaks available as part of its employee benefits package. Back then, this was a pretty nice perk and not required by all companies.

Fast forward to 1964, where at one point, the demand for coffee breaks in the workplace almost started a strike between union workers and the auto manufacturers. By then, coffee had become mainstream in America corporate culture. According to CityLab, a professor from UCLA told The New York Herald Tribune in 1961 that coffee breaks in the office were “the town meeting brought up to date and dressed in work clothes.”

So, whether you like your coffee black, with cream, or even iced, we can all be thankful that this caffeinated beverage exists. Because without coffee, where would we be?

Cheers to you, coffee. You mean so much to us. Don’t ever change.

How different would your office be without coffee? We want to hear from you! Comment below or join the discussion on Twitter!