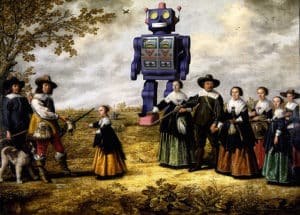 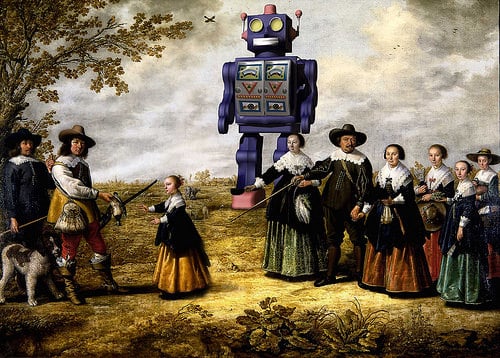 President Obama’s farewell address was largely a call to action, especially for those who were less than thrilled with the outcome of the election. But, as Claire Cain Miller notes at The Upshot, his last message as president also contained a warning: robots are coming for at least some of our jobs, and the social effects are likely to be far-reaching.

“The next wave of economic dislocations won’t come from overseas,” Obama said. “It will come from the relentless pace of automation that makes a lot of good, middle-class jobs obsolete.”

“Economists agree that automation has played a far greater role in job loss, over the long run, than globalization,” writes Cain Miller. “But few people want to stop technological progress. Indeed, the government wants to spur more of it. The question is how to help those that it hurts.”

Last month, the Executive Office of the President released a report examining the potential impact of automation on the economy and the workforce. Its conclusions were somewhat grim. Noting that other researchers have projected potential job losses from automation from 9 to 47 percent, the authors wrote that potential economic benefits “will not necessarily be evenly distributed across society.”

Obama’s answer: education. The report urged policy-response strategies including educating the American workforce for the new reality, as well as strengthening the social safety net, and investing in job creation.

Which Jobs Are Vulnerable?

Lower-skilled jobs are most at risk, but even knowledge workers are likely to find their jobs affected, if probably not eliminated, by automation.

Although most estimates focus on the future, technology may already be advanced enough to impact workers. A recent McKinsey report says that “currently demonstrated technologies could automate 45 percent of the activities people are paid to perform and that about 60 percent of all occupations could see 30 percent or more of their constituent activities automated, again with technologies available today.” (Emphasis ours.)

The good news? The team at McKinsey also say that “automation will eliminate very few occupations entirely in the next decade,” despite affecting most in some way. If the experts are right, there’s still time, albeit not much, to figure out what comes next for the workforce.

Do you think your job is at risk from automation? We want to hear from you. Tell us your thoughts in the comments or join the conversation on Twitter