OK, Boomer (and Everyone Else): Don’t Make These 4 Age-Based Comments at Work 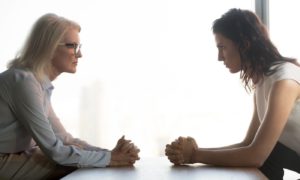 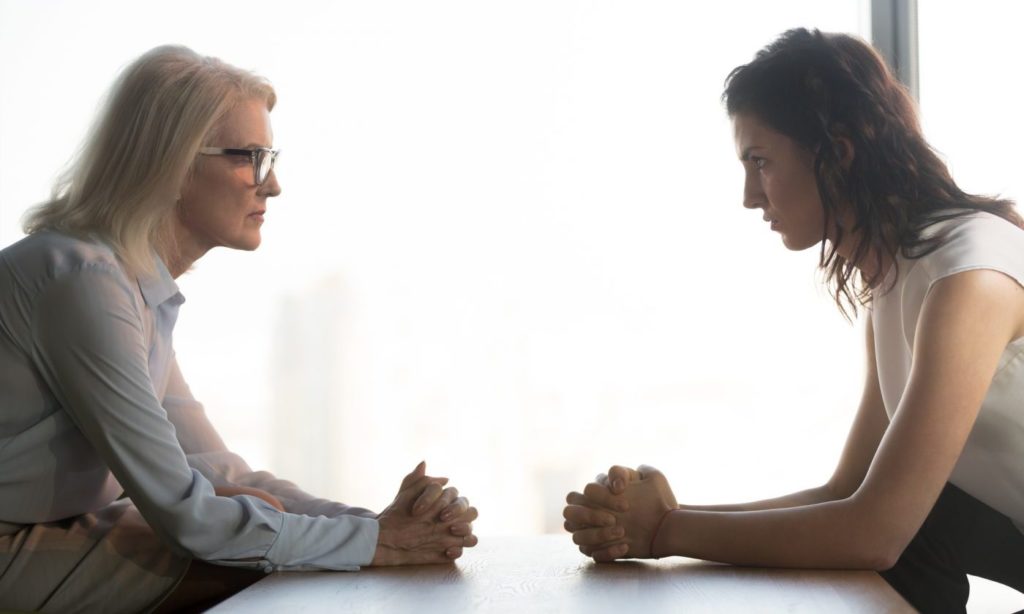 Generational battles are nothing new, but the latest one has spawned a meme that some view as ageist.

The phrase “OK, boomer” may date back to 2018, but entered the mainstream discourse in fall 2019 when a TikTok video went viral. In the video, a gray-haired man chastises millennials and Generation Z for never wanting to grow up, and a younger person on a split-screen holds up a message written in a notebook: “OK boomer.”

The video was like a generational rally cry, prompting entrepreneurial millennials to create and sell merchandise like hoodies reading “OK boomer” via on-demand shopping sites. Some wrote songs, which others remixed. Many created memes, and hashtags such as  #OKboomer and #boomeradvice mock boomers.

"Study what you love and the rest will follow." – High School Teachers

The Meaning Behind the Meme

At Vox, Aja Romano explained it this way:

OK boomer implies that the older generation misunderstands millennial and Gen Z culture and politics so fundamentally that years of condescension and misrepresentation have led to this pointedly terse rebuttal and rejection … It’s important to understand that what really lies behind the meme is increasing economic, environmental, and social anxiety, and the feeling that baby boomers are leaving younger generations to clean up their mess.

In October, The New York Times reported that the phrase may be less about age and more about attitude. One 20-year-old interviewed in the article said “boomer” can apply to anyone who is “bitter toward change,” and an 18-year-old said that it’s more a jab at “outdated political figures who try to run our lives.”

Whether you think “OK, boomer” is funny or insulting, you should still avoid using it in the workplace.

Why? It’s an age-related comment. And workers age 40 and older are protected by the Age Discrimination in Employment Act (ADEA), a federal statute that prohibits harassment and discrimination on the basis of age in hiring, promotion, discharge, compensation and other employment decisions.

A younger employee saying “OK, boomer” to an older employee could create a “hostile work environment,” a term that means more than just making the workplace less pleasant.

“People often think this term means a place that is hostile, but it applies specifically to behavior that violates the law–such as age, race, or sex discrimination,” writes Suzanne Lucas at Inc. “Since the under-40 crowd isn’t covered, Boomers calling Millennials snowflakes is hostile, but it doesn’t create a hostile work environment.”

An employee aged 40 or older can claim a hostile work environment for jokes about their age, because age is protected. However, one throwaway joke probably wouldn’t make their case. By itself, occasional use of the “OK, boomer” may not be enough to prevail under the ADEA; rather, the phrase would be one building block of an age discrimination claim, writes Joseph P. Sirbank II in The New Jersey Law Journal.

So avoid using “OK, boomer” at work if you want to avoid potential legal trouble or termination. But there are other reasons to avoid directing the phrase at an older worker. Do you really want to alienate this coworker or any other older colleagues who might be offended by the remark? You could learn from coworkers with more experience, a wealth of company knowledge and a different viewpoint than you.

Even if a zoomer quips “OK, boomer” to your face, don’t reply with “OK, snowflake.” It might not be constitute legal age discrimination, but it’s certainly not the way to improve workplace relations.

Where does “snowflake” come from? Generation Z has sometimes been labeled the “Snowflake Generation,” a criticism meant to imply that the generation is delicate, easily offended and unable to deal with opposing opinions.

Because the Age Discrimination in Employment Act only applies for workers who are 40 or older, millennials are not currently covered — yet. But as MarketWatch reports, some states, including New York, ban age discrimination for all workers over 18, and the oldest millennials start turning 40 later this year.

Avoid comments about younger workers being easily offended or sensitive, because such a comment is rooted in a stereotype.

“When Do You Plan to Retire?”

While it may seem like an innocent question, asking about retirement plans could be treading on legal quicksand.

If you share a deep friendship with the coworker, asking may be perceived as friendly conversation. But if you are a manager, you should probably avoid it until prompted by the worker. If the employee indicates retirement thoughts are indeed approaching, the employer can ask for a date when the employee decides, so the company can plan for a replacement.

If an employee says he or she has no plans to retire, pursuing the conversation further could be viewed as harassment, especially if you keep bringing it up.

The age of 65 is no longer a retirement milestone — people are working much longer. So it’s just safer to assume that older coworkers plan to keep on working and not bring it up until or unless they do. Consider this: what if you’re not the only one asking, and your coworker deals with this question daily?

What may seem like harmless conversation or joking may actually be something called microaggressions, “brief and commonplace daily verbal, behavioral, and environmental indignities, whether intentional or unintentional, that communicate hostile, derogatory or negative racial slights and insults to the target person or group,” according to research out of Columbia University reported in Time magazine. Such microaggressions could erode your coworkers’ morale and create anxiety.

“I think one of the most prominent examples of ageism against youth is the knee-jerk tendency to dismiss their views as uninformed, naive or entitled,” says Michael S. North, Ph.D., an assistant professor of management and organizations at NYU Stern School of Business, speaking with The Riveter.

Whatever your intentions, making a comment about someone’s youth can seem loaded to the recipient, like you’re saying they’re not experienced enough.

If your coworker looks young, but actually is, say, 10 years older than you thought, your comment could be especially insulting. The recipient might think you’re commenting on their inexperience, when in fact they are more experienced than you think. It’s generally unwise to make any assumptions about a coworker’s age.

Enough About Our Differences!

All this talk of generational differences can overshadow the similarities. In The Harvard Business Review, industrial psychologists report that age diversity in the workplace is on the rise — and that the differences between the generations are less than you might expect:

Most of the evidence for generational differences in preferences and values suggests that differences between these groups are quite small. In fact, there is a considerable variety of preferences and values within any of these groups. For example, a thorough analysis of 20 different studies with nearly 20,000 people revealed small and inconsistent differences in job attitudes when comparing generational groups. It found that, although individual people may experience changes in their needs, interests, preferences, and strengths over the course of their careers, sweeping group differences depending on age or generation alone don’t seem to be supported.

The team’s research suggests that workplaces are brimming with age-related stereotypes, and that these beliefs are creating artificial generational divides. The researchers offer several strategies for companies to fight the stereotypes — from talking openly talking about them to emphasizing shared goals, which helps older and younger people see themselves as part of the same team.

Benefits of an Age-Diverse Workforce

By focusing on generational differences, “OK, boomer” can also overshadow the advantages of an age-diverse workplace. Diverse, inclusive organizations outperform their peers on almost every level, including new ideas and initiatives. Research from HR industry analyst Josh Bersin shows that more inclusive companies have a 2.3 times higher cash flow per employee over a three-year period.

Bertsos concludes her article with a quote from Alexis Abramson, Ph.D., a generational consultant for businesses: “in order to reduce unnecessary rifts between generations at work, we must treat each member of our team as an individual, not a stereotype based on the year they were born.”

How have you dealt with age-related comments in the workplace? We want to hear from you. Share your thoughts in the comments or join the conversation on Twitter.