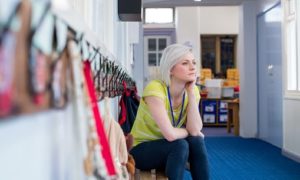 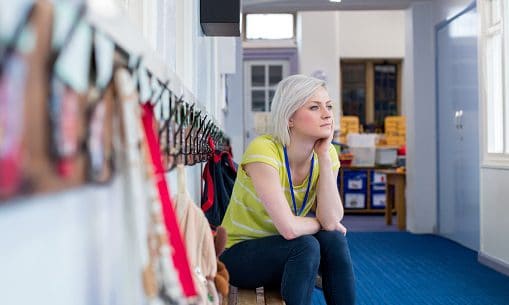 Many agree that teaching is one of the most important jobs in our society. However, despite this, teachers don’t make very much money. The average earnings of professionals with at least a four-year degree are more than 50 percent higher than teachers’ average earnings. And, pay varies significantly state to state, meaning that some teachers make far less than this already sub-par average. This stark reality is causing large numbers of Oklahoma teachers to move on from teaching in their state. They’re electing instead to go elsewhere to teach, or they’re opting to leave the profession altogether.

There are a lot of myths about teachers’ pay that deserve debunking. But, the bottom line is that these professionals are not well paid, by any measure. You might think that pay averages get better when educators with advanced degrees are compared with their peers from other industries. But, when PayScale examined graduate degrees by salary potential, jobs in education came in toward the bottom across the board. Educators with master’s degrees have an average starting salary of $43,900 (rank 199) and those with doctoral degrees began with average earning of $61,300 (rank 155th).

In Oklahoma, teachers’ earnings are particularly abysmal. Pay here can be 20 percent lower than the national average. Last year, the average Oklahoma teacher salary was just over $44,000, which is hardly enough to maintain a decent standard of living. Teachers here face other challenges, like overcrowded classrooms and less control over curriculum. Last year, thousands of educators in Oklahoma rallied for increased funding at the state capital.

“We are enrolling more students and hiring fewer teachers,” Linda Hampton, who is the president of the Oklahoma Education Association said before the rally. “Like everyone else, we are doing more with less. Our teachers are in the top 10 in teacher quality yet ranked 49th in teacher pay. How can we recruit and retain quality teachers when our pay is not competitive and our rights and benefits are being taken away?”

Unfortunately, a 1.3 billion dollar budget deficit this past fiscal year meant more cuts to public education. Many districts cut teaching positions to cover the loss, which in turn increased class sizes and compounded the problem.

Now, Many Oklahoma Teachers Are Moving On

Poor compensation, combined with budget cuts and other challenges have caused many of the state’s teachers to look for teaching work elsewhere. It’s hard not to seize the opportunity when other states pay so much more than Oklahoma.

“I taught for two years and made roughly $31,000 (a year),” Beth Goodrich, who was an elementary teacher in Midwest City before moving to Texas last summer, told NewsOK. “Just moving four hours south, I will be making close to $52,000.”

Other teachers have decided to leave the profession, but stay in Oklahoma. Many of the them don’t want to leave, but the financial burden of being a teacher often proves too great over time. (Veteran teachers’ pay is very low too.) It’s not an easy choice, but staying isn’t easy either. For example, in some rural areas in Oklahoma, educators struggle to cover the cost of gas to take them to and from school.

“I think a lot of people in the state think it’s a lot of whining from teachers,” Shelby Eagan, an elementary teacher in Oklahoma told Tulsa World TV. “I make about $2000 a month. So paying my rent, and paying my car payment, and my bills to get by, I live paycheck to paycheck.”

Even the most dedicated and hardworking educators have their limits. Perhaps the state of Oklahoma should do something to reverse course and make their teacher salaries a higher priority, and more competitive, before even more of their teachers discover theirs.

Do you think the state of Oklahoma should increase teachers’ pay? We want to hear from you! Leave a comment or join the discussion on Twitter.