Professional Influencers Tell You How to Win People Over

Charm will get you everywhere, but it’s an elusive quality. If you’ve got it, you’re golden. Everyone knows a sales person who can sell anything to anyone, or a middle manager who seems equally beloved by both boss and staff. But what if you don’t have it? Is there any way to develop the knack for getting people on your side?

Real Simple interviewed five professional influencers, ranging from restaurateurs to stand-up comics, to get their tips on convincing people to really listen. Here are a few of the best:

1. Puncture Your Own Ego

You could also call this one “Make Fun of Yourself.” Danny Meyer, owner of a chain of six restaurants, illustrates the principle by telling a story about a reporter who went undercover to see if he could bribe his way to a table at various restaurants. The maitre d at one of his restaurants took the bait, much to Meyer’s embarrassment. Later, Meyer ran into the reporter at a party — and slipped him a $50. He laughed, and they had a great conversation. The lesson?

“Getting defensive gets you nowhere with people,” Meyer says. “Instead, be willing to show humility and, above all, humor.”

No one understands insecurity more than a stand-up comedian, so Susie Essman (of Curb Your Enthusiam) knows what she’s talking about.

“People can smell any sense of urgency, and they’re easily turned off,” Essman says. “An audience wants to feel like it’s in good, stable hands, and a comedian needs to exude that tone while putting aside her own insecurities. This rule of thumb applies to just about any attempt at persuasion.”

3. Throw a Curveball in Conversation

Whatever you do, don’t press a person who’s resistant. If possible, suggests PR star Alison Broad, go off on a tangent that will interest the person you’re speaking with. She offers the example of a conversation with a client that was going sour — until she started showing her pictures of a friend’s house. The redirection relaxed the client, and the conversation resumed in a far more productive direction.

We want to hear from you! How do you win people over? Leave a comment or join the discussion on Twitter, using the hashtag #MakeItHappen.

Use a Practice Interview to Help You Get the Job 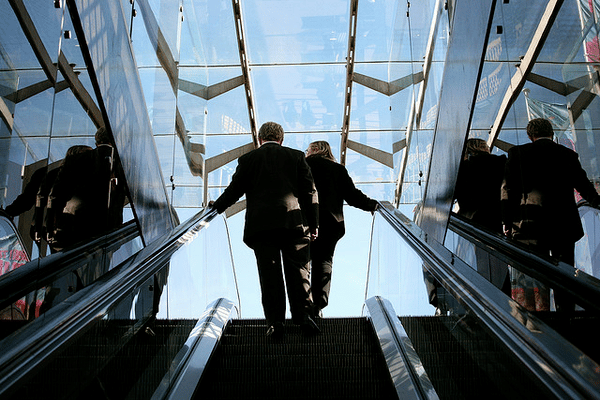