Get a Glamorous Job at QVC: Host Salaries and More 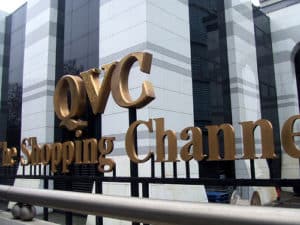 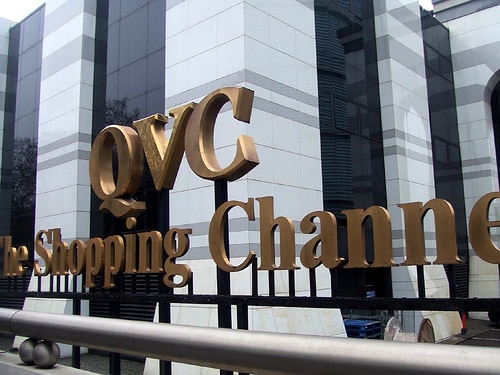 Cooing at the sparkle of a diamond bracelet, answering questions about holiday flatware and pushing laptops designed for the whole family – are these job skills? Absolutely. Welcome to the wild, live world of a QVC TV host.

These bright-smiled folks seem to fascinate viewers. Could they have one of the most fun jobs around? It’s likely that plenty of people have watched QVC (I’m raising my hand. You can, too) and thought, “Heck, I could do that. I wonder what it’s like and how much they make?” So, I decided to do some investigative reporting and look into QVC host salaries, job duties, and what other jobs are available at QVC.

I started out with a bold call and email to the QVC media relations department and was denied an interview, so no luck there.

Fortunately, it turns out that QVC’s website has a wonderful page where you can link to written bios and videos about each host. I hoped their job histories would lend some clues about what they earn now.

These hosts are interesting and talented. Many have worked in entertainment – playing Cinderella in a Disney parade or touring the country as a stand-up comedian. Some are bilingual, used to work as news reporters or even medical technologists. Want to know more? You can email each host directly and ask them your questions. Their email addresses are listed on the website.

Rather than hope for salary information from the hosts, I decided to figure out what they may have earned before working for QVC. Based upon that information maybe we can guess what they are paid now. From authoring books to serving as Miss Tennessee, many of the hosts’ previous jobs are hard to put a price tag on – but here are a few we can find data for.

I chose to look at the 75th to 90th percentiles for these jobs because the hosts’ bios make it seem like they are at the top of whatever field they are in. Another factor to consider is that some of the hosts haven’t held these jobs for a number of years so their salaries back in the day were likely lower, but perhaps comparable in terms of spending power. Overall, they have had some fairly lucrative jobs

Since I didn’t find out much about QVC host salaries I thought it would be fun to know more about what it is like to work at QVC, and with the hosts. I went to LinkedIn and figured out who I knew who knows someone at QVC. Turns out, I’m loosely connected to a few former employees. Two of them were actually willing to talk to me so I snapped up the opportunity and asked them about their whole experience at the company, not just hosts’ salaries.

What Is It Really Like to Work at QVC?

My first interview was with Matt*. He worked as a cameraman for QVC back in the 1990s, mostly touring around the country to promotional shoots at special locations. For example, QVC may have sold Elvis “Love Me Tender” Meat Tenderizer at a historic site in Memphis.

Matt supposes that hosts’ salaries vary according to their ability to sell. Referring to hosts, Matt comments, “Those people push a lot of product. TV is just the store.” He says that hosts specialize in certain areas, “You have your jewelry people. You have your fix-it people.” He describes certain, super-selling hosts as “winners” and guesses they rake in the most money.

Matt told me that back in the 1990s he was making about $60,000 a year, plus overtime, to work as a cameraman. He admits that his salary was a high because he came from a hot market, New York City. Still, he figures the hosts were making more than him, by quite a bit. So, if some hosts were making about $80,000-plus over 10 years ago, you’d have to imagine their pay is in the six figures by now.

Matt said the company is not very hierarchical, though the hosts are a big deal. He described them as generally friendly and, as with all groups of people, some are more friendly than others.

“Some hosts would go out of their way to extend themselves to the crew. They’re kinda stars in their strange little world,” says Matt.

Second, I talked to Brooke*. She worked as a product description writer for just over one year back in 2006-2007. Brooke enjoyed her time at QVC. She was a young woman moving to the small town of West Chester, PA after losing her job in the newspaper industry. But she says was open to QVC’s more rural location because she thought her salary at QVC was big dollars compared to what print news media was paying.

Brooke thinks that a six-figure salary would be accurate for a QVC host, “especially for the stars,” she says. She describes QVC as a sort of surreal place to work, with celebrities coming and going. She recalls a co-worker letting her know, “Paula Abdul is in the bathroom.” While on other days, Hulk Hogan and Rachel Zoe passed through.

Brooke also offered this helpful tidbit, in case you’re burnin’ to meet a real QVC host. She says that a host almost always greets people on the tour of QVC’s studios West Chester. Take the tour, meet a host!

Here are a few more facts I gleaned about QVC from LinkedIn and QVC’s website:

Attention: According to my LinkedIn info, QVC has hired at least eight people for various positions in the last two months. Maybe it’s time to apply.