How Do the Real Housewives’ Pay Raises Stack up?

"The Real Housewives of Beverly Hills" are getting a raise — or at least, some of them are. Although Camille Grammar won't be returning to the series for season three, Kim Richards and Taylor Armstrong are sticking around, and getting a bit of extra cash for their trouble. How much cash, or should we say, how little, might surprise you.

That might seem like a lot of money for just showing up and throwing your colleagues into a coffee table, but as the Examiner points out, it’s not “‘Friends’-type money.” The ladies are paid by the season, not the episode, and Bravo can pretty much stretch out the season for as long as they see fit.

Furthermore, the Real Housewives’ salaries aren’t grossly out of line with their geographic location. Although the median pay for the workers in Los Angeles is $68,697, people with certain job titles command far more. A senior software engineer in the Los Angeles area, for example, commands a median salary of $98,072.

Of course, those jobs require considerably more skills and training than knowing how to wear a cocktail dress and pick a fight with a friend on national TV. And at a 7.87 percent wage increase, Kim Richards is outstripping the trend for the Los Angeles area as a whole: in the Q1 2012, wages fell .2 percent.

5 Tips for Job-Hunting When You’re Employed 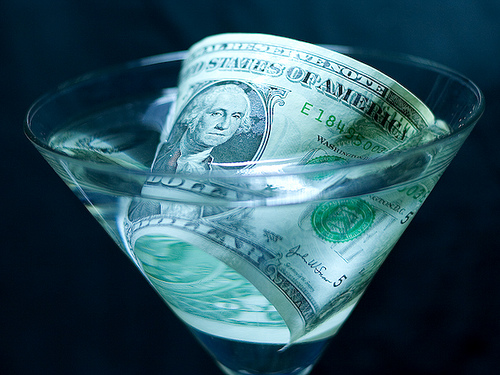