Gender and Salary Perception: Are Men or Women More Positive?

When it comes to salary perception, which gender do you think responds more positively? According to a report compiled by theFIT, women are more likely than men to view their compensation in a positive light. When asked whether their friends would feel bad for them if they knew how much they earned, 26 percent of men responded in the affirmative, whereas only 17 percent of women felt similarly.

That wasn’t the only area in which theFIT identified more positive responses from women regarding compensation. Of the respondents who reported receiving bonuses, 53 percent were women and 45 percent were men. Additionally, more women than men felt that their bonus was substantial enough to take a trip around the world or spend a week on the beach (40 percent and 30 percent, respectively).

This positivity is especially surprising when you consider that women work longer days than men — 54 percent of women and 41 percent of men indicated they worked nine or more hours a day — and are more likely to work during their vacation.

What factors do you think make women more positive in the workplace than men?

Beauty and Salary: How Does Employee Attractiveness Affect Lifetime Pay? [infographic]
Women-Owned Businesses Flourish in 2012
Rise of the Alpha Female: When Will Women Breadwinners Become the Majority? 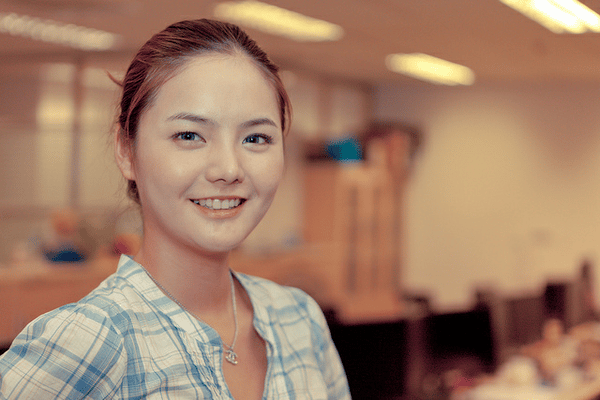