Why You Shouldn’t Fake Happiness at Work, According to Science 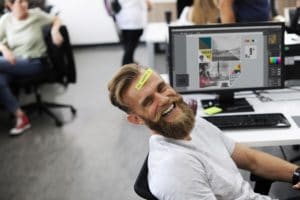 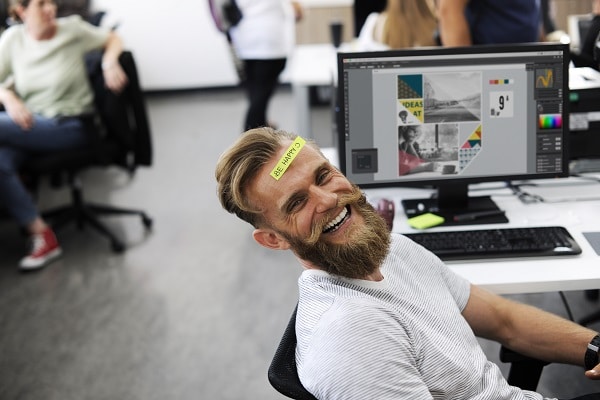 To be successful in a professional environment, you have to be able to manage your emotions. If workers didn’t have some level of emotional self-control, meetings would regularly devolve into shouting matches and teamwork would break down, grinding productivity to a halt.

However, there’s also a lot to be said for authenticity at work. If you’re constantly forced to plaster on a smile, while you seethe away underneath, eventually it will take a toll on your life and career. Faking happiness at work can cost you.

1. Faking Happiness Can Make You Sick

In 2006, researchers from the University of Frankfurt am Main asked 80 student subjects to pose as customer service representatives. Half were allowed to verbally defend themselves against rude customers, while the other half were required to be friendly no matter what. Monitoring showed that the group that was required to fake friendliness saw a greatly increased heart rate, even after their “shift” was complete. The other group experienced only a slight increase.

Previous research from the University involving interviews of 4,000 actual customer service workers showed similar effects. The study showed that being forced to pretend to be happy over long periods of time affected health.

Zapf notes that, “previous stress research, we know an increased heart rate can lead to cardiovascular problems and is a clear indicator of a higher psychological workload.”

2. It Can Make You Hate Your Job

Mark Murphy, author of Truth at Work: The Science of Delivering Tough Messages, recently shared some interesting survey results in his Forbes column. Analyzing data from an online quiz, Murphy found 51 percent of respondents said that they “always” or “frequently” have to “consciously ‘act’ or ‘put on a show’ to display appropriate emotions at work.”

51% of respondents have to ''put on a show' to display appropriate emotions at work.'

Right away we can see that a lot of people are having to exert real energy to force a smile or fake empathy or positivity at work. And over time, that’s bound to cause real fatigue and burn out.

But we made an even bigger discovery; that 51 % who have to ‘put on a show’ are 32% less likely to love their job. Or put another way, if you don’t have to fake your emotions at work, you’re 32% more likely to love your job.

And not only will you be more likely to love your job, you’re also much less likely to have negative feelings about your job. People that don’t have to put on a show are 59% less likely to dislike or hate their job.

3. It Might Actually Put You in a Worse Mood

When it comes to happiness, research suggests that you can’t “fake it till you make it.”

A 2011 study published in the Academy of Management Journal, observed a group of bus drivers for a period of two weeks, tracking their interactions with the public.

Per The New York Times:

The scientists examined what happened when the drivers engaged in fake smiling, known as “surface acting,” and its opposite, “deep acting,” where they generated authentic smiles through positive thoughts, said an author of the study, Brent Scott, an assistant professor of management at Michigan State University.

After following the drivers closely, the researchers found that on days when the smiles were forced, the subjects’ moods deteriorated and they tended to withdraw from work. Trying to suppress negative thoughts, it turns out, may have made those thoughts even more persistent.

But on days when the subjects tried to display smiles through deeper efforts — by actually cultivating pleasant thoughts and memories — their overall moods improved and their productivity increased.

The results suggested that covering emotions with a fake smile only worsened the drivers’ moods.

So, What’s the Takeaway for You?

Obviously, you can’t go into work today and start flipping over conference tables every time you’re frustrated or begin hiding under your desk when you’re gripped by misanthropy. But you might consider whether plastering a fake smile over a grim mood on the regular is really in your personal and professional best interests.

If a little measured authenticity feels impossible, your next question might be whether you’re in the right job. Beyond that, you might consider another factor from Professor Zapf’s study: the importance of “decision latitude,” or control over your job. The ability to determine when to take a five-minute break, for example, can make a big difference to your sense of control and ultimately your happiness at work. If your current job doesn’t offer that, it’s worth considering whether you can move into one that does.

Does your job require you to put on a happy face? We want to hear from you. Talk to us in the comments or join the conversation on Twitter.