This Is the Single Best Time to Increase Your Salary 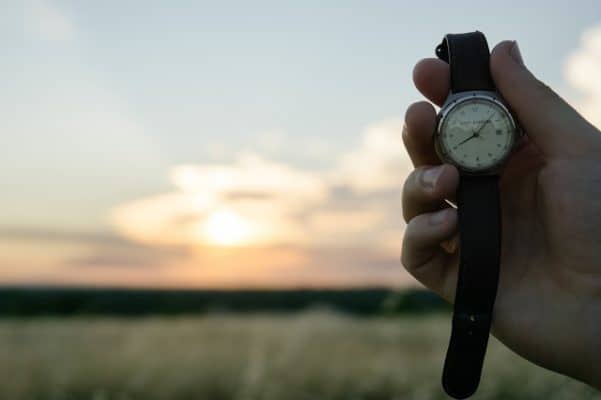 There’s no better time to get a big pay bump than when you’re just about to accept a new job. It’s not hard to figure out why: before you sign on the dotted line, you have a lot more power than you do once you’re working for the company. They’ve put a lot of time and effort into interviewing you, and have decided that you’re the best candidate for the job. Until you formally accept, they can’t be sure that you’re as enamored with them as they are with you.

Of course, you probably want the job, or you wouldn’t have gotten this far. Maybe you’re even pretty desperate to sign — you’re unemployed, say, or this is your dream gig. But the employer doesn’t know that, unless you give it away.

The goal is to maximize this moment, and get the pay you deserve. PayScale’s Salary Negotiation Guide offers advice that can help you do just that.

How to Negotiate a New Job Offer

“Negotiating a new offer may feel uncomfortable, but a little discomfort is worth it,” writes Hannah Morgan of Career Sherpa. “This is your best chance to increase your salary and improve the conditions of your new job. Once you have accepted a job, you lose your leveraging power.”

How do you do that? By being prepared. Morgan tells you how to determine what’s negotiable, how to research salary ranges, and most importantly, how to ask for what you deserve.

Why Your Salary History Is Nobody’s Business But Your Own

Focus on the positive during your negotiation prep, but be alert for common pitfalls as well. For example, many hiring managers will try to persuade candidates to reveal their salary history. Resist. Your salary history has nothing to do with the appropriate rate for the role under discussion, anyway.

More Data, Less Worry: How to Negotiate Your Salary in 5 Easy Steps

Anxiety is part of the negotiation process for many, if not most, job seekers. The best way to allay your fears is to gather data. Armed with the right information, you’ll feel more confident that your request is reasonable.

It’s Not in Your Head: Negotiating Tips for Women

“In repeated studies, the social cost of negotiating for higher pay has been found to be greater for women than it is for men,” writes Hannah Riley Bowles, director of the Woman and Power Program at Harvard’s Kennedy School of Government, at Harvard Business Review. “Men can certainly overplay their hand and alienate negotiating counterparts. However, in most published studies, the social cost of negotiating for pay is not significant for men, while it is significant for women.”

In other words, if you’re a woman who’s nervous about negotiating salary, you’re not crazy — there are some challenges inherent in negotiating while female. But, that doesn’t mean it’s a hopeless cause or that you shouldn’t ask. This piece will help you make a plan to ask in a way that will be positively received.

What’s the best salary negotiation advice you’ve ever received? We want to hear from you. Tell us your thoughts in the comments or join the conversation on Twitter.