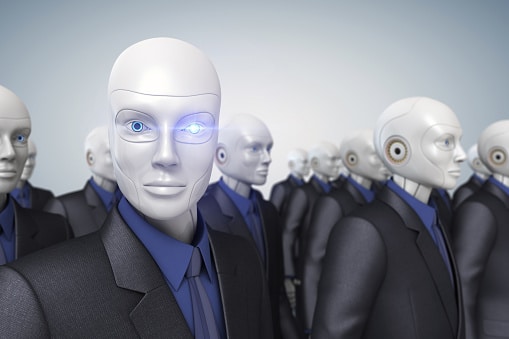 There are two things we know for sure about how automation impacts jobs. First, we know that some of the work being done by humans today will be done by machines tomorrow. The robots are, in fact, coming for our jobs. However, another thing we know for sure is that this has been happening since the industrial revolution and the economy has always adjusted to accommodate the changes. The job market continues to expand even though automation changes the landscape. Will this continue to be the case going forward? Or, could things be different this time around thanks to advancements in automation that allow machines to replace more than just human muscle?

Jobs in the U.S. are under more threat from automation than in some similar economies.

It’s good to know what to expect, no matter what the future holds. One of latest studies on how automation could impact the job market, worldwide, comes from the consulting firm PricewaterhouseCoopers. This study revisits data from two other studies (one by Oxford University and the other from OECD analysts).

Analysts explained that the differences exist because of variance within specific industries. For example, within the financial and insurance sector, 61 percent of U.S. jobs were deemed high-risk, while only 32 percent of jobs were labeled as such for the U.K. It all comes down to education and skill level, which has always been a huge factor in how much jobs are threatened by automation.

“The jobs of these US retail financial workers are assessed by our methodology as being significantly more routine – and so more automatable – then the average finance sector job in the UK,” the report stated, “with its greater weight on international finance and investment banking.”

There’s nothing new about trying to understand how automation might impact jobs and the economy — or even fearing the impact. In the introduction to this report, the authors reviewed the history of the Luddites, who protested automation back in the early 19th century. In hindsight, the Luddites were wrong. While newer technologies did change the job market, they also created far more jobs than they eliminated. In the U.K., people who still worry that technology will negatively impact the economy are often dismissed and labeled as believers in “the Luddite fallacy.”

However, some argue that this fallacy might not hold true for much longer. Thanks to improvement in technology, more and more jobs are being replaced that require more than a physical investment. Robots can now do jobs that used to demand a human’s brainpower.

Unless some constraints are put in place, smart automation could change things.

The authors of this report also acknowledge that the technology that’s emerging today is a bit different than what we’ve seen before. Today’s “smart technology” is able to replace more than just human bodies. Now, machines can stand in for humans on an intellectual level, too.

“Will this just have the same effects as past technological leaps – short term disruption more than offset by long term economic gains – or is this something more fundamental in terms of taking humans out of the loop not just in manufacturing and routine service sector jobs, but more broadly across the economy?” researchers asked in this report. “What exactly will humans have to offer employers if smart machines can perform all or most of their essential tasks better in the future?”

The answer to these questions, to some extent, is unknown. We’ll have to wait and see how these technological advancements play out over the course of years across our economy. However, as long as certain constraints are in place, the authors of this report seem optimistic that the job market will adjust and grow stronger as a result of this progress, as it has done in the past. Here are a couple provisions they highlighted.

Also, here in the U.S., labor economists say that the transition can be eased through things like stronger unions, the creation of more public-sector jobs, more college degrees, and a higher minimum wage. These factors are deemed much more impactful than some of the other issues that get attention.

“Over the long haul, clearly automation’s been much more important – it’s not even close,” Lawrence Katz, an economics professor at Harvard told The New York Times when discussing how automation impacts our job market compared to threats from offshoring and immigration.

He went on to add, “Just allowing the private market to automate without any support is a recipe for blaming immigrants and trade and other things, even when it’s the long impact of technology.”

There are still a lot of unanswered questions when it comes to understanding the future of automation and what it means for tomorrow’s workers and the job market. However, it will help to be prepared for what’s to come. Workers, companies, and state and federal governments should be proactive and work toward adjusting around these changes. That’s the best way to ensure that technology continues to play a positive role in our economy, as it’s done in the past, rather than the reverse.

How do you think we ought to prepare for a future with smart automation? We want to hear from you! Leave a comment or join the discussion on Twitter.